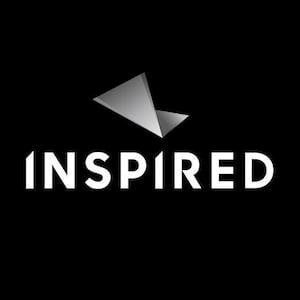 Retail, online and mobile casino supplier Inspired Entertainment has recorded a revenue growth for the first half of 2020. Despite this increase in revenue, the brand has recorded an increased net loss for the period but looks hopeful for the recovery in the coming months.

Inspired Entertainment has recovered a net loss of $24.4 million before tax for the first half of the year, which is almost double the $10.6 million it recorded in 2019. This was due to a higher spending that offset the increase in revenue experienced by the brand during the period.

Revenue for the six-month period from the beginning of the year until the end of June 2020 is up 12.4% from 2019’s figure of $60.4 million, to net a total of $67.9 million. The increased revenue was primarily due to growth in both service revenue and casino hardware revenue. Service revenue saw a 3.6% increase to net $58.4 million, while hardware revenue soared to $9.5 million, an impressive 137.5% growth over the same period last year.

Despite the cost of services being down year on year from $10.7 million to $9.7 million, hardware costs were understandably increased to $7.3 million. In addition, other increased expenses also contributed to the net loss including a 44% increase in selling, general and administrative expenses, a 175% growth in acquisition and integration expenses and a 27.8% increase in depreciation and amortisation spend.

Despite an increase in overall revenue for the first half of the year, the brand’s second quarter revenue did show a drop of 41.6%. This was primarily due to the forced closure of retail venues and gambling operations around the world, which affected many of Inspired’s clients. This meant that service revenue dropped to $15.2 million during the second quarter, a decrease of 40.6%. Despite this, closed land-based locations meant that Inspired Entertainment saw a growth in online casino virtuals which increased to $2.9 million, while interactive games and virtual sports also experienced growth during the period.

Despite the negative impact the second quarter had on the business, the brand remains positive that its cost-savings measures and business formula puts it in a good position to recover. The brand is already seeing a return in retail business while online continues to grow. Inspired Entertainment’s European-focused and small retail-focused outlook means it is less travel dependant and in a better position to manage the restrictions placed on casino operators due the ongoing health crisis.