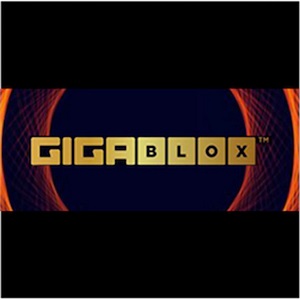 The London-based iGaming developer will reportedly look to increase player engagement levels by powering its content with Yggdrasil’s new Game Engagement Offering (GEM). It’s a recipe for success that has worked well for Yggdrasil, which is clear from the enormous success the iGaming giant has seen from the incorporation of Gigablox into its own Hades and Lucky Neko proprietary online pokies releases.

Gigablox is all about the next big win being right around the corner.

It’s an online casino NZ mechanic that enables dynamic reels to generate gigantic blocks that are ultimately stacked up to 6x6 high. The result of this – coupled with free spins for enormous potential for creating big wins – is truly innovative spin sessions capable of unleashing massive online pokies wins for players.

Yggdrasil has traditionally been a studio interested in meeting the demands of the online casino NZ player. Gigablox meets this need by creating a unique and innovative player experience like no other before it. And it’s exactly this unique player experience that’s drawn the interest of the team at 4ThePlayer.

The latest games-maker to have signed up for the Gigablox concept now joins recent-additions DreamTech Gaming, Bang Bang Games, Reflex Gaming, and Peter & Sons, as each new signee attempts to bring only the best in online casino experiences to their players.

But Gigablox won’t be the last stellar and online casino NZ player-focused pokies mechanic we’ll get to experience from the award-winning studio. More mechanics will soon join the likes of Gigablox, Splitz, and MultiMAX, the iGaming giant recently announced.

As for the Gigablox mechanic and what it might mean for 4ThePlayer, the team at Yggdrasil is super-excited to see the YG Masters partner expand on their Yggdrasil offerings. Releasing casino games boosted by Yggdrasil’s Gigablox will help strengthen 4ThePlayer’s existing portfolio of titles, explained Yggdrasil Head of Partner Programs, Stuart McCarthy.

The key to success within the context of any entertainment focused industry is innovation, says Chris Ash, who is the founder and business development manager of 4ThePlayer. And owing to Yggdrasil’s Gigablox mechanic, this innovation will allow the partner-studio to create many more exciting online pokies in the future.

4ThePlayer are already working on their first Gigablox title which is due for release at top rated sites later this year.

Sign up at a TOP online casino NZ! Play and WIN online