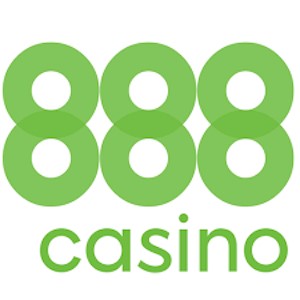 The casino industry continues to revamp and reinvent itself, and this is certainly true of 888poker. It has just announced that the 888 Casino subsidiary is launching a new Twitch.TV channel called 888PokerTV. The focus of the channel will be to stream live online events accompanied by live commentaries and other miscellaneous Poker-related content. The channel will be promoted under 888’s brand slogan “Made to Play” and will provide players with 24/7 access to Poker content.

The 888casino channel went live on Sunday, 18 April. It’s first streamed event was that of WPTDeepStacks London Online Series (WPTDS). Commentary on the curtain raiser was provided by Nick Wealthall and David Tuchman. It fell just shy of its guarantee and attracted 357 entries. The tournament’s overlap amounted to $21,500. This was won by a Latvian player with the moniker i2out. After eight hours of play, they were able to take home $40,540.

As the WPTDS series continues, further coverage of the event is expected. This will feature various professional players and personalities. Throughout the streams, 888pokerTV will be hosting giveaways. Audiences can enter to win cash and tournament tickets, as well as entries to the WPTDS $1050 Main Event.

The 888casino channel will also be hosting special freeroll tournaments to coincide with the stream.

This year is shaping up to be a big year for 888casino and its subsidiaries. The extension of its partnership with WSOP was massive news for the online casino operator. This news was only made bigger by the announcement of the World Series returning to its legendary live platform.

888 is the software provider for WSOP’s online Poker room, which means that it enjoys the only shared liquidity pool within the United States. Once it launches in Pennsylvania under WSOP PA, its profile will be further boosted. The Keystone State will probably be added to the pool in future.

888poker is likely to be keen to continue building on top of the growth that it has seen lately. Recently, it overtook Partypoker in terms of its global cash game traffic. This marked the first time in three years that it has placed above its rival in terms of this metric. 888 is now the fourth-biggest European-focused online Poker room in the world. It is topped only by PokerStars, GG Poker and the iPoker network.

Once the WPTDS is over, 888pokerTV has plenty more content lined up for its viewers.