Acquisition Of AGT By Novomatic Approved 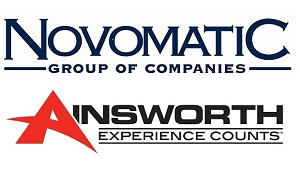 It has been a deal that bubbled on the burner for two full years, but has finally been given the go ahead. It is now confirmed that Novomatic will be acquiring AGT, otherwise known as Ainsworth Game Technology. It need not be said that many are sitting up and taking interest at the conclusion of this long running acquisition.

Harald Neumann, the Chairman and Chief Executive of Novomatic, made the announcement recently, confirming what many had thought might land up being an acquisition that never came to fruition.

In a press release, the reasons for the delay in the acquisition were made clear, shedding more light on the situation, and why it had taken so long to be finally be made official, concluded. The statement said that much of the delays had been caused by what was called “intense scrutiny,” specifically by gaming boards in the United States, Australia, and South America.

In conclusion, however, the statement was a great deal more upbeat, and even a little celebratory. The statement declared that Novomatic was one of very few gaming companies, active on an international level that has passed exceptionally strict compliance tests from numerous rigorous gaming boards across the world. It certainly can’t have been a small task, and likely a maze of rules and regulations.

As for the founder of AGT, Len Ainsworth, he came out of the deal with a massive sum of cash that can only be envied. Back in 2016, when the acquisition was first put on the table, Ainsworth made it part of the deal that his majority stake would be sold off. This included 171 million shares. This amounts too, now that the deal has officially been given the go ahead, about 70 million Australian Dollars. In other words, Ainsworth came out of the acquisition one wealthy man.

Concluding his statement, Ainsworth made it clearer what the intention of the acquisition was. He said that the deal was part of a broader plan that would Novomatic expand, and increase it’s market share, specifically into the United States. He declared that his hope was to increase the overall market share by a whopping 10%.

As to whether the acquisition has the intended result, and Novomatic does gain a 10% market share remains to be seen. Either way, the eventual conclusion of the acquisition will certainly have heads turning all over the world, and everyone in the industry will be taking notice.