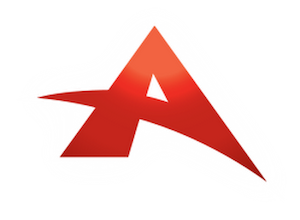 That 2019 was not going to be an easy year for Australian casino game developer Ainsworth Game Technology was clear almost from the beginning. However, no one could have prepared the company for the dismal losses it reported.

While Ainsworth fared much better with a much smaller loss on home ground, the developer’s international casino game sales, which contribute as much as 82% of the company’s business, were horrendous. International sales dropped by 11% to AU$87.8 million, year-on-year.

The drop affected the overall sales volume, which fell by 9% to AU$107.3 million, year-on-year. One of the worst international performances happened in the Latin American market, where sales dropped by 8%. North America saw sales dip by 6% year-on-year.

The one ray of hope shone on home ground. The provider saw unit sales increase by 2% in Australia. However, year-on-year revenue dropped by 1% to AU$19.5 million. This had the effect of putting EBITDA off by 55% for that half of the year. EBITDA amounted to AU$14.6 million. As a result, loss per share was a meagre AU$0.01.

In November 2019, Ainsworth already could see the signs that the coming months would be difficult. One of the first things it did was to ask Novomatic AG for help. The pokies provider owns 52% of Ainsworth, which means the struggling developer will be able to use the provider’s reach for leverage.

Furthermore, the developer will extend its existing partnership with Churchill Downs Incorporated (CDI). The extension will see the new historical racing machine installed at venues at Churchill Downs, Turfway Park, and Oak Grove in the coming months. The casino game is a Scientific Games creation that makes use of proprietary technology from Ainsworth.

The developer installed 600 pokies at CDI’s Derby City gaming venue in 2018. Their success was cited as the reason for the newly extended relationship with CDI.

Hope For The Future

Ainsworth CEO Lawrence Levy expressed hope for the future. Quoted in the filing, Levy said that he did not expect the tumble in the developer’s fortunes to continue for much longer. He added that the developer had already started looking for ways to turn the situation around