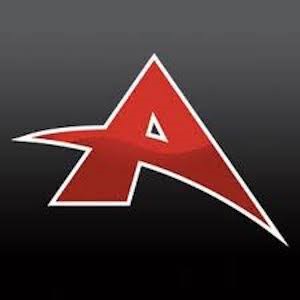 Sydney-based casino game developer, manufacturer and distributor Ainsworth Game Technology (AGT) has announced a 36% decrease in revenue for the first half of 2020. Despite this drop-in revenue, the brand says it has been working to protect the company’s liquidity and streamline overheads and is in a good position to recover.

In an effort to safe-guard the company in the wake of the ongoing global health crisis, the AGT brand has implemented a number of redundancies. This included twenty-three redundancies in Australia and forty-four in the Americas, saving the business some AU$6.4 million. This meant that the AGT brand expected sales to finish at AU$149 million for the first six months of 2020.

In addition to this, the brand also announced a saving of AU$3.8 million per annum due to the elimination of an addition forty roles. These cost-saving measures meant the company expects to finish the first half of the year on an adjusted EBITDA of AU$2.9 million, with adjusted net loss before tax of $34 million due to non-cash impairment charges, work keeper and MTD acquisition costs. The casino games company is expected to release their audited results in September 2020.

In addition to the above redundancies the company’s executives and directors have also committed to a twenty percent reduction in salaries, with the Chairman waiving fees for the June quarter. As the brand also looks to secure more flexible financing, amended covenants are currently being revised with an Australia and New Zealand Banking Group with regards to an AU$44 m debt facility that will help the brand increase their liquidity.

While many of AGT’s customers have suspended their operations since March, some are now beginning to reopen. That said, levels are still well below previous numbers due to capacity restrictions on player and venues. However, as markets look to recover, AGT says they are in a good position to do the same.

Ainsworth Game Technology was established by Len Ainsworth in 1995 with a goal of becoming the leading manufacturer and supplier of casino game solutions. Today, AGT is Australian publicly listed company and alongside their headquarters in Newington, Sydney, the brand also has a number of offices around the world, including in Europe, Asia, North America and Latin America. The company designs and manufactures gaming machines as well as linked casino game and standalone progressives, all designed to bring maximum entertainment to players.