Are the All Blacks Undefeatable?

Following their triumph against Sou 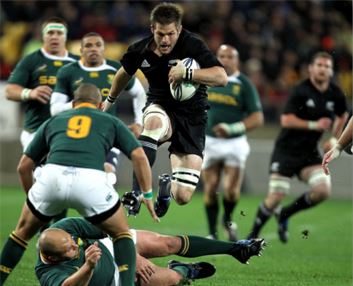 th Africa on Saturday the 8th of October 2016 at King’s Park in Durban, New Zealand has equalled the record for most consecutive test wins by a major rugby union. The All Blacks are now tied for this honour with the South African Springboks, and industry experts have plenty of theories as to why.

Ex-South African coach Heyneke Meyer commented that continuity is one of the biggest factors that New Zealand has in its favour, and points out that by the time Steve Hansen sends the team out onto the field for the 2019 World Cup he will have been coaching the All Blacks for an impressive 16 years. Others point to the teams purpose-driven, value dominated culture, describing it as the most influential in the sporting world.

The Springboks and the All Blacks first went head-to-head on the 13th of August 1921, in New Zealand’s Dunedin, but the recent 15-57 clash was the worst South Africa has suffered in their 95-year history. The Springboks may be 2 times World Cup Champions, but the All Blacks have won 3 times, most recently in 2015. The South African team is also seemingly a far cry from what it was when it emerged triumphant in 1995 and 2007.

World Rugby introduced a ranking system in 2003, and recently released its listings for 2016. As further proof that the All Blacks are way ahead of their nearest competitors, they are currently the team which has climbed the highest number of places over the past 13 years. 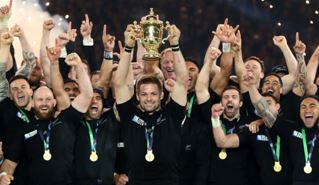 The game in King’s Park was eagerly anticipated, but New Zealand’s recent performances always made them the favourite to win, with odds of 4/1 for South Africa and 1/5 for the Kiwis. All the factors definitely point to the All Blacks continuing on their winning streak, although the odds do suggest that if this bubble does ever burst the punter who is brave enough to bet against them will be handsomely rewarded.

If placing wagers on real rugby games is a little too nail-bitingly intense for you, consider trying the Rugby Star Slots game instead. You’ll enjoy immediate thrills and huge potential payouts without having to understand all the intricacies that make up world rugby, especially when teams as revered as the all Blacks are playing.