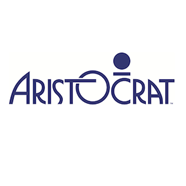 Aristocrat Leisure has announced that it is increasing its earnings forecast for the first half of this financial year. This comes after the land based and online casino firm experienced growth that was much better than expected within its digital and gaming businesses. In the six months leading up to 31 March, Aristocrat claimed that its net profit after tax was anticipated to amount to AUD 346 million.

The firm’s NPATA, or normalised net profit after tax and before amortisation of acquired intangibles, is set to reach up to $412 million. This marks an increase of 12% compared with the same period last year. The figure excludes the impact made by a $19 million retention expense that has been an associated cost in the acquisition of Plarium.

In one of the most unpredictable years in living memory, Aristocrat said that it was able to deliver above average growth compared to the rest of the industry. This growth pertains to bookings which generated revenue and profit growth year-on-year. The firm claims that this is due to a weighty investment in live operations, features, new online casino content and user acquisition.

Trevor Croker, the firm’s Chief Executive Officer and Managing Director, said that Aristocrat’s results are reflective of the fact that it employs the right strategies. He added that the company was able to make the correct choices that helped it to sustain its investments in its products, its people, its customers and its culture, even as the world faced a global health crisis.

He added that Aristocrat anticipates that the economic conditions across key land-based and online casino markets over the year will likely remain uncertain. However, the firm will continue to monitor key factors such as the patronage of gaming venues, currency headwinds and consumer sentiment.

The company further announced that its EBITDA, or normalised earnings before interest, tax, depreciation and amortisation, will reach an estimated $750 million, marking an increase of 6% compared to the first half of last year.

Aristocrat added that it experienced exceptional growth within its online casino segment due to good conditions within the US, New Zealand and Australia markets. It also noted that it enjoyed excellent customer engagement and product performance.

Mr Croker said that Aristocrat is aiming to rigorously execute the rest of its strategy within the second half of the fiscal year. The company will increase its investment so as to support the launch of new games and strategic capabilities that are likely to help sustain the firm’s projected long-term growth.

Find the FUN online! Play at a TOP online casino.