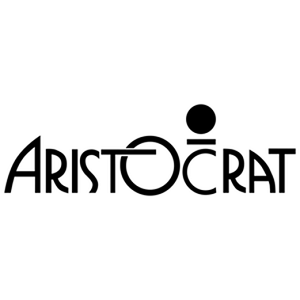 Online pokies mega-corporation Aristocrat is known to be one of the biggest names in iGaming. The company has an incredible 60 years of experience in the industry, making them a true pioneer. Plus, being licensed in 300 gaming jurisdictions around the world and operating in over 90 countries, it is safe to say that they are dominating in a highly competitive industry. In fact, many agree that the corporation provides one of the the best online casino NZ experiences.

Now, after expressly stating that they hope to grow even bigger, Aristocrat has made a major play; they purchased 3 smaller studios almost overnight. A spokesperson explained that with the acquisitions the company would now achieve a deeper industry footprint than ever before, adding not only new talent to the creative teams, but gaining access to previously unexplored online pokies markets.

The small developer started in 2015, operating out of Helsinki, and releasing only 6 online pokies games over the years. However, these games have managed to attract a staggering 140 million users. Hence, it quickly becomes apparent why the behemoth went out of their way to get the studio on board.

Next up is another Helsinki based developer called Northern Stars. Run by software wizards Minwoo Lee and Antti Nikander, Northern Stars is made up of a group of extremely talented software engineers, all of whom are very experienced in the hybrid casual genre.

The last online pokies developer to have been purchased is by far the biggest; Playsoft. Based in Poland and boasting 13 years of experience, Playsoft is firmly focused on the innovative social casino genre. Over 50 titles have been released since the studio first opened, demonstrating just how committed to rapid online pokies development the company is.

Michael Lang, Aristocrat Digital CEO, shared some thoughts on the purchases. He said that acquiring world class developers was part of his organisation’s plan to not only achieve growth, but also sustain growth in the long term. He concluded that, with the strong global momentum now being achieved, Aristocrat would continue to provide the best online casino NZ experiences possible.

Play top class online pokies NOW. See if you can hit the jackpot!