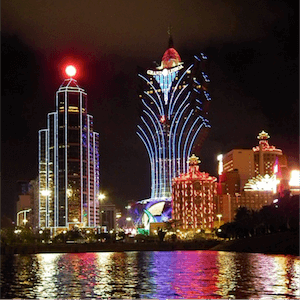 According to the Sydney Morning Herald, fears concerning the possible collapse of Australia’s casino industry have been grossly exaggerated and overplayed. All eyes have been on the region of Macau, where Chinese high rollers are not spending nearly as much as what they did a year ago, largely due to uncertain economic times in China as a result of a looming trade war with the United States.

Macau casinos have had to improvise to try and mitigate a 15% drop in the overall value of casino shares. The last couple of weeks have been especially volatile, with trade tensions between China and the US having been at an all-time high.

Morgan Stanley: No Reason To Panic

Analysts at Morgan Stanley have however pointed out that despite the validity of the concerns held by major casino groups Down Under, there really is no indication thus far that local casinos will be as hard-hit as their Macau counterparts.

For the most part, current foreign VIP programmes running in the country are expected to remain stable. Analyst Monique Rooney has said that industry feedback suggests that, with the exception of Macau, growth in the VIP market remains stable; even strong. This is particularly prevalent in Cambodia and in the Philippines.

Chief Financial Officer at Crown Resorts, Ken Barton, remains careful of becoming too complacent about the current situation. Barton has emphasised the fact that it’s very difficult to predict even a half-year’s worth of growth in the volatile VIP sector, let alone making a year-on-year projection.

Morgan Stanley has said that it plans to stay abreast of developments, but that as far as the company is concerned, the panic in the industry regarding the VIP sector, has been largely overplayed, with too much emphasis having been placed on fears that may never be realised.