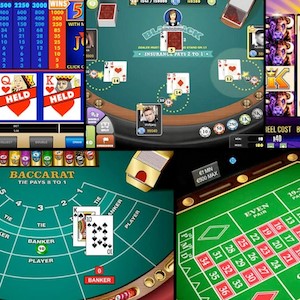 Not only is real money online gambling prohibited all across Australia, but social casino games may be headed in a similar direction soon too. This as a result of Aussie independent member of parliament Andrew Wilkie, who is a member of parliament for Clark in Tasmania. Wilkie on June 10 introduced to parliament his Interactive Gambling Amendment Bill 2020, which bill effectively bans all social casinos from providing games and entertainment to Australian residents.

What Wilkie’s newly proposed bill aims to do is to amend the country’s Interactive Gambling Act 2001, which is of course the same act responsible for having (by amendment) outlawed all forms of paid online gambling across the entire country. In the event that Wilkie’s proposal be passed into law, the amendment is likely to imply consequences for all forms of real-money gambling enjoyed in the country.

The Current State Of Affairs

Individuals or operators currently found to be overstepping the legal boundaries can be fined up to $220,000 a day for individual offenders, and up to an unbelievable sum of $1.1 million per day for corporates and companies. Wilkie’s proposed amendment of the existing act has its focus on reclassifying social casino games as full-on gambling games instead of the category its currently classed under, being online and mobile entertainment.

Wilkie’s proposal introduces in its first reading to the reader the purpose of the amendment being applied for – being that of stating a case in support of the belief that social casino games, though not presently classified as real-money casino games, have the capacity to lead to real gambling. This, explains Wilkie, is because social casino games seek to normalise gambling behaviour, a normalisation that according to the parliamentarian, is bound to lead to problem gambling behaviour.

Wilkie also goes on to make a number of serious, and mostly unfounded, claims about Australian gamblers. Not only does he base his application on an unproved estimate of 40% of all gambling losses in the country being losses registered by players suffering from an addition to gambling, but he also goes on to refer to his countrymen as being, per capita, the world’s “biggest gambling losers”.

He then goes on to make the most serious claim of all, which is to say that over 400 suicides are every year reported as being the direct result of an addiction to gambling. Wilkie’s controversial new social  casino games bill will soon move to a position of second reading in Australia’s House of Representatives. This will allow parliament to vote on whether or not the proposed amendment should be passed as law.