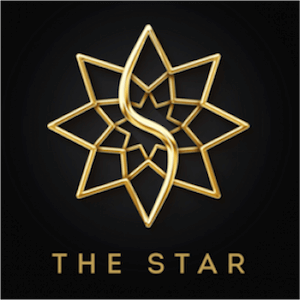 Major Australian entertainment and casino group, the Star Entertainment Group, has announced that high-rolling business people from the district of Queensland have been responsible for having generated large revenue income boosts, despite the group having been very much focused on the new Gold Coast- and Brisbane-located projects.

The group has said that the massive boom in the Australian tourism market has brought about the strong revenue boost, and that this has been the prevailing situation ever since the beginning of the year. The number of VIP customers has also increased, indicating certain growth in the overall spending power of Australian nationals.

Star Entertainment Group is also currently in the process of developing its Queen’s Wharf project, which is situated in Brisbane. The development is expected to carry an increased fiscal demand, hiking the costs of operations from AU$1.8bn to AU$2.4bn.

The costs involved are all being spent on a major revamp to the existing development, which is expected to have a major transformation effect. Queens Wharf resort is situated in the central business district of Brisbane, which is now proving to have been a sterling and strategic move as far as revenue income is concerned. The group confirmed that revenue income had increased 16.4% in the period running from January to May.

Matt Bekier, chief executive officer of Star Entertainment, has confirmed that first offers for the development of the first phase of Queens Wharf is expected to be released in June. He said that additional retail and restaurant areas are also planned for the resort as part of the new development. The foundation phase of the construction is expected to commence in 2019, with the visible aboveground construction scheduled to commence early in 2020.

Bekier also confirmed that the total floor space occupied by the resort would be much bigger than initially planned, mainly due to the plans for the expanded dining and retail area. Bekier said that the plans for expansion and increased commitment reflect the confidence that the group has Australia, and more specifically, Queensland and Brisbane.

The increased number of tourists visiting Australia as well as the higher interstate migration has been cited as two of the main reasons for the boost to the local economy.

The group has also recently revealed that the construction of its Gold Coast casino’s new accommodation tower is expected to get underway as from August of this year.