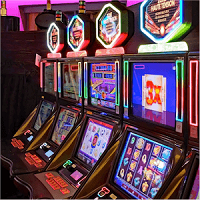 Gambling participation rates in Australia have been growing rapidly of late, in part thanks to the resurgence of pokies machines and other electronic gambling terminals. Now, according to local government statistics, pokies account for over half of Aussie citizens’ annual gambling losses – an amount estimated to be over AU$24 billion.

Per capita, gambling losses generated by Australian gamblers have also been estimated at a whopping $1,200 each year. Analytics firm H2 Gambling Capital has compared the losses of local players to those of residents of other nations, revealing that Australians’ losses were at least 50% higher than those generated by pokies players in Singapore and the USA.

With these massive loss rates increasing by the year paired with an ever-growing gambling participation rate, many Australian organisations are now calling for stricter measures when it comes to gambling operators and their offerings. Casino-based pokies, similar to traditional slot machines, have been the subject of heavy criticism over the past few years, with many experts believing that they are ‘too addictive’.

With this said, pokies machines are not the only form of gambling that is growing in popularity in Australia. Around 20% of local adults’ gambling-related losses are experienced at casinos. Despite this, however, campaigners have insisted that electronic poker machines are highly profitable to casinos, and far too attractive to punters, making them particularly hazardous.

According to the Australian Gambling Research Centre’s Angela Rintoul, the fact that pokies have become common in Aussie communities without being restricted to casino floors alone has created higher rates of gambling losses in the country compared to other nations who have restricted players’ access to the machines.

In November last year, the government of Australia published figures relating to local players’ gambling habits. The study from the AGRC noted that around 6.8 million Aussie residents – approximately 39% of the country’s adult population – gamble regularly. The study also showed that most regular gamblers prefer to wager on lotteries, with around 76% of the 6.8 million participants playing lotto games.

Instant scratch tickets came in at a close second, with 22% of gamblers partaking in these games. The survey also highlighted the fact that in 2015, pokies were preferred by 21% of Australian players, while last month the country was dubbed the global nation with the largest gambling losses per capita.

In 2015, it was estimated that there was one pokies machine for every 14 residents in Australia. Additionally, the state-regulated machines are also some of the Australian states’ largest sources of tax revenues, which complicates the issue of reducing gambling losses even further.