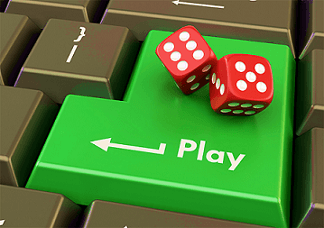 The Australian gambling market has recently been shaken by the latest amendments made by the government to the country’s existing gambling legislation.

At the beginning of August, the Interactive Gambling Amendment Bill 2016 was officially passed by the Senate after a majority vote in favour of the legislation. The bill aims to eliminate online poker from the legal gambling options from which local Aussie players may choose, among other major changes.

Since the bill was passed, a large number of local poker players and operators have voiced concerns around the situation, labelling the new rules as more troublesome than they are helpful. The legislative changes would force international gambling firms to operate according to new regulation amendments, with the amendments preventing them from offering their services to Australian online poker players.

For some time, authorities have focussed on eliminating the loophole that allowed foreign firms to offer various gambling games to Australians through their mobile gaming apps. However, the amendments that have been made to the Interactive Gambling Amendment Bill 2016 state that off-shore operators found to be offering iGaming services in Australia may be banned altogether.

The government’s attempt to tighten its control on online gambling in the country was made in a bid to protect its players – but so far, it has only succeeded in upturning the local market, as numerous respected and reputably licensed operators have now chosen to exit the Australian market for good.

Among these iGaming giants that have opted to exit the country are Vera&John Casino, 888poker, 32Red, partypoker, and PokerStars. Vera&John was the first brand to announce the withdrawal of its Australian operations back in December last year, with 888 leaving in January this year, 32Red exiting in April, and PokerStars to cease its local operations on September 11.

This mass exodus has left local players wondering what lies in the future for their online gambling experiences. The government has been focussed primarily on closing loopholes in its legislation in order to protect its players - but with a much narrower range of gambling brands left to choose from, many Australians could be left to unlicensed or smaller brands that cannot guarantee their safety.

In the meantime, many experts are convinced that this is the first step by the Australian state towards a grey economy. Apart from losing massive revenues, the government has also inadvertently created a favourable environment for unregulated and unmonitored gambling brands, which could leave thousands of online poker players vulnerable as they turn to black market operators to place their bets.