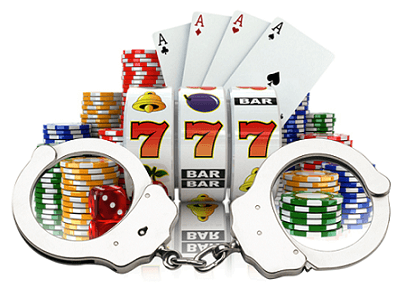 China takes its gambling laws seriously; something found out by 3 Australian nationals who are finishing up their jail terms for illegal casino promotion. The men were arrested together with 16 Chinese nationals in October 2016.

As Shanghai’s Baoshan District Court regarded the sentences as having commenced when the men were arrested, they will soon be up for release.

The Chinese nationals who were also arrested in a clampdown on illegal casinos on the mainland received fines that totalled at ¥8.62 million, along with 11 prison sentences of 9 and 10 months.

According to Chinese authorities, the Australian casino operator employees were promoting casinos among wealthy players.

The practice is surprisingly common, and it appears to have been successful. The casino operator’s last financial year saw more than AU$61 billion gambled by VIP players in its casinos in Melbourne and Perth.

The men were convicted in terms of the first clauses of articles 25 and 303 of the People’s Republic of China’s criminal law.

The casino operator said it will pay O’Connor’s, Dan’s, and Xuan’s fines, adding that it respected China’s sovereign jurisdiction.

Macau – Tale of a Gambling City

While gambling remains illegal on Mainland China, it continues to be legal in Macau, an autonomous region in the south of the country. The region was colonised by Portugal in the 1500s, and remained a colony until 1999, when it reverted back to China.

Gambling was not introduced by the Portuguese. However, they not only made allowance for it, but formalised the fledgling industry as well.

Before the mid-20th century, players in Macau had access to traditional Chinese games such as Fan-Tan. It was only when Hong Kong’s Stanley Ho was awarded a 40-year casino operator monopoly that Western games such as Baccarat, Blackjack, and Roulette were introduced.

Ho’s monopoly was ended by the Chinese government in 2001. The move allowed casino operators from countries such as Australia to enter Macau’s gambling scene, which lead to an industry boom.

The industry now produces more than half of the region’s GDP, as well as more than 70 percent of the government’s tax income. Most players visit the region from mainland China, Hong Kong, and other countries in Asia, although Macau is growing in popularity among American, Australian, and European players.