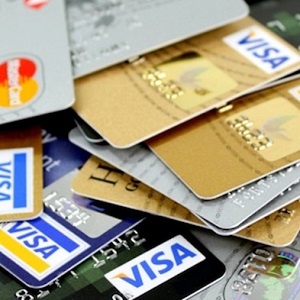 Bank Australia has told customers that it will no longer allow any casino and gaming transactions to be facilitated and/or funded by credit card.

Bank Australia enjoys enormous reach in Australia’s banking sector and is an amalgamation of dozens of locally based credit unions and financial service providers. The bank also confirmed that the casino and credit card cut-off date will be December 1, 2020.

Bank Australia some time ago already announced the inclusion of the casino sector on its list of no-credit industries –those sectors not to be even as much as considered for the extension of credit in the form of cash loans. Other sectors to have made the bank’s credit blacklist include the fossil fuel industry, makers of weapons, arms, and ammunition, tobacco farmers and distributors, and any exporters of live animals.

According to claims made by Bank Australia in defence of its casino sector and credit cards decision, roughly 87 per cent of its customers supported the somewhat controversial decision. The bank defines the gambling and gaming sector to be any casinos, iGaming (online gambling) operators, or sports betting providers (bookmakers, etc.), that generate an income from revenue raised by Poker machines or the wagering of real money on sports and sports-related events and tournaments.

Depriving the sector of credit offers, so reads the bank’s official statement, will not only limit the growth of those companies and operators functioning within the gambling and gaming industry, but will also significantly limit the potential for problem gambling.

Bank Australia Not The First[

The prominent Australian bank is however not the only Australian financial institution or local bank to have followed through on such a decision. Aussie-based Macquarie early last year announced similar restrictions – including prohibiting its customers from using any of its credit cards or any other credit facility for the purposes of acquiring or purchasing gambling and Lottery products. Several other local banks have over time rolled out similar casino restrictions – with many having opted in on blocking restrictions applied to specific problem gambling customers instead of outright bans being imposed on all clients across the board.

This is by no means a tendency seen among Aussie banks only. Several U.K.-based financial firms and banks have in recent years extended to customers the option to limit casino and sports wagering activities via their products. These include Barclays, Lloyds, Monzo, and even controversial Chinese-headquartered development bank HSBC.