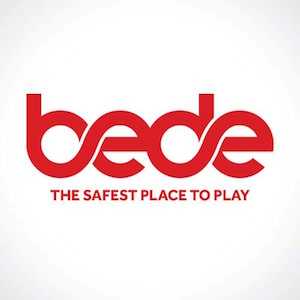 Founded in 2011, UK-based casino software and platform provider Bede Gaming isn’t quite a complete newbie, but still relatively young when compared to more established industry leaders. At this stage of the game, strategic partnerships are most vital, and the provider as found a top-notch option as far as these go. The company recently announced that it will be joining forces with real-money gaming content provider, AGS.

According to the terms of the agreement, AGS will be providing its quality games content to all of Bede Gaming’s operator partners around the globe. This will obviously benefit both parties in terms of reach (expansion) and a quality product offering.

Bede Is A Prime Partner-Link

Bede Gaming already holds agreements with various big-name operators such as 21.co.uk, Grosvenor Casinos and Mecca, Bing Stars and Bet UK. As for AGS, who now officially joins the league of the big shots, it has confirmed that it will be making available its games via AxSys Games Marketplace (AGM).

The platform serves as a game aggregation launch pad and will serve as the point of contact from where the games will be accessed. According to AGS Interactive’s Bryan Bennett, the customer portfolio that is owned by Bede already includes many of the world’s most celebrated operators and of the biggest names in the industry. Thanks to the agreement, AGS will have the opportunity to present its content to those operators and in so doing, get its foot in the international content-door.

AGS describes itself as a prolific games developer and software partner and will ensure that Bede Gaming’s library is complimented by a lot of brand new content, thereby increasing its overall volumes. AGS not only develops its own content, but also distributes content developed by many smaller third-party providers.

Bede Gaming’s Commercial Director, Ross Haselhurst, confirmed some details about the new deal, and appeared to be very satisfied with the new developments. Haselhurst described AGS’s content portfolio as feature-rich and entertaining. This is in essence the best that any platform partner can hope for, as it’s very much the quality of the content that ultimately makes or breaks the platform.

Judging by the looks of things, this time round it will be a make; not a break.