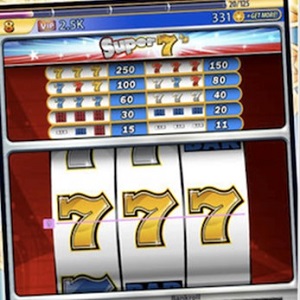 New Zealanders love to play mobile casino pokies. And it’s no surprise that this has made premium iGaming developer giant Microgaming a firm favourite among local mobile reel spinning enthusiasts. The award-winning studio is, after all, the creative driving force behind some of the world’s most popular and most played mobile pokies of all time.

Microgaming have over the years released literally hundreds of online and mobile pokies. And from those, a handful have stood out as games that would be timeless.

Agent Jane Blonde is an American super-spy living in a sultry and thrilling world of espionage and dangerous top-secret missions. The action plays out across 5x3 reels and 9 paylines, and even though seemingly limited, the award-winning title is everything but that.

Developed in collaboration with Stormcraft Studios, Fortunium includes a superb variety of bonus features. These include substituting Wilds, Free Spins boosted by Richer Reels, and an optional Win Booster feature.

Thunderstruck 2 has been around ever since 2010 – which says a great deal about the popularity of this premium mobile casino game from Microgaming.

Based on the intrigue of Norse mythology, the pokie features a combination of striking graphics and the thrill of the ultimate adventure. Bonus symbols and features include the Thunderstruck 2 Logo Wild, the Wildstorm Feature for turning entire reels Wild, and a bonus Free Spins game.

Unlike some of the best mobile pokies on our list, Ivory Citadel is brand-new to the online and mobile casino scene.

Developed by Microgaming by independent studio partner Just For The Win (JFTW), the game makes it possible for players to bank up to a cool 2,000x their wager. Exciting too is the inclusion of Mystery Symbols, a Free Spins mini-game, and Stacked Wilds for banking huge amounts of cash in winnings.