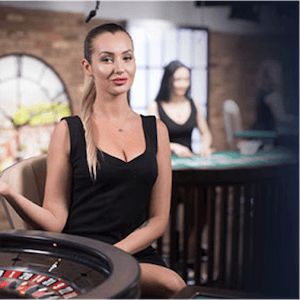 The firm’s portfolio has now been enhanced with the debut of the Big Ben Hall range of products, which are now live at Betconstruct’s partners.

According to a press release from the company last Wednesday, Big Ben Hall was developed by London-based Betconstruct specifically for English-speaking live casino enthusiasts.

The setup allows such players to enjoy HD games 24 hours a day, along with Roulette titles that boast multi-camera views of all the action.

The statement from July 11 noted that delivering traditional casino games to online punters can be a challenge. However, Betconstruct (who received two Class I online gaming licenses from the MGA in May) added that the technical part of the operation is the most essential, supplying a reliable experience – although it is the person-to-person part of live dealer casino that engages and thrills players the most.

Betconstruct also highlighted the fact that the new Big Ben Hall feature has been engineered to appeal to this facet of online gaming, offering players the chance to play up to four different games at the same time. The firm noted that with this approach, its live dealer games have been upgraded with a fresh new feature, which will attract players to its platform even more to reach a wider audience worldwide.

About Betconstruct and CTMS

Betconstruct is a premium gaming solutions developer that holds a number of global licenses from regulators in Curacao, the UK, Romania, France and South Africa. Over and above its range of boutique iGaming software and titles, it also debuted its Casino Tournament Management System for business-to-consumer suppliers in February this year, creating yet another milestone for its operations that have been running for almost 16 years.

The developer, which also specialises in social gaming, VR, sportsbook and skill games, has further noted that the new innovation allows its clients to create and launch their own custom tournaments within minutes, adding extra personalisation features to their current product ranges. The feature includes a massive library of over 4,500 video slots, as well as a selection of table games and even live casino games to make for a rounded and balanced offering.