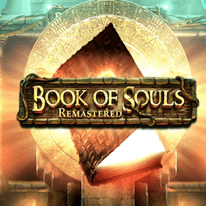 Book of Souls is perhaps one of Spearhead Studio’s biggest hits of all time, making it the perfect online casino game to remaster - and that’s exactly what the studio has done. This game is one of over 60 that has been remastered by the provider since the latter half of 2019.

Online casino NZ players can expect all of their favourite features, but this time, with a bit of an upgrade. They can rest assured that this remastered version of the smash hit game will offer them everything that they have come to know and love in the original, only this time with better graphics and operations.

The Beginnings Of Spearhead Studio

Although Spearhead Studio has already made a significant impact on the online casino industry, it was actually only founded as recently as 2019. The studio came about as the result of an amalgamation of events following the in-house launch of Stockholm’s Gaming Innovation Group, also known as GiG, in 2017.

These days, most of Spearhead Studio’s games can be enjoyed around the world. The group is also an independent partner of Microgaming, the online casino giant. This means that its games are now available at all casinos powered by Microgaming, such as Gaming Club.

Uncover The Book Of Souls

Just like in the original, the remastered version of Book of Souls takes online casino NZ players on an exciting, whirlwind adventure as they try and uncover the secrets that will release any riches locked inside of the magical pyramid. The features that they will encounter along the way include Snake Spins that drop random wild symbols, as well as free spins bonuses and expanding symbols all over the reels.

Kevin Corti, the Game Development Director at Spearhead Studios, said that Book of Souls remains one of the firm’s best-performing works, which is why they felt compelled to remaster it and offer players something even better. He added that aside from a sprucing up of the visuals, the game is now much more volatile than before and boasts new features too.

In Book of Souls, players will follow Lara Jones around as she explores an ancient Mayan Pyramid. This game is one that is perfect for players who enjoy high risk, high reward scenarios. The new, revamped interface will provide Gaming Club online casino players with an experience that is much more immersive than before, making them feel as though they are truly on their very own Mayan adventure.