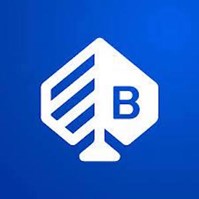 Bragg Gaming is celebrating a very important milestone indeed. The popular online casino NZ pokies and game software developer recently announced that it has now been approved to start trading on the Nasdaq Global Select Market.

The company’s shares were listed on Nasdaq on August 27, where they’ve been trading successfully since under the stock-exchange ticker “BRAG”. The iGaming giant has also confirmed that it will continue to be listed under the same ticker on the Toronto Stock Exchange.

Focus On US And Growth

Being listed on Nasdaq is very much a US-focused move for the iGaming giant. According to CEO Richard Carter, the listing will allow Bragg Gaming Group the liberty of attracting more enormous capital markets interest than before. The online casino NZ and global company now gets to pursue an ever larger and more expansive iGaming growth trajectory, explained Carter.

What’s more, by listing in the United States while also at the same time retaining their Canadian listing and shared ticker, the company is effectively receiving a massive boost in terms of visibility on the global stock exchanges. This will ensure it seen more often by more potential investors than ever before in the history of the company.

The brand, which powers some of the best online casino NZ sites is now gaining even more traction. Such visibility is expected to increase the value of shareholding multiple-fold and is a huge step in terms of potential growth for the famous gaming group. Listing on Nasdaq is yet another enormously positive step for the company as it endeavours to reach global iGaming giant status, explained the company’s chief executive.

Approval for the successful listing of Bragg Gaming Group’s shares on the Nasdaq Stock Exchange followed the company’s filing of its Quarter 2 interim financial results. These reflected a solid performance for the quarter in question, and were according to Carter, driven by wide-ranging and all-inclusive growth goals and initiatives.

Bragg Gaming credited several factors for the growth experienced in recent times. These include entry into Canada and progress seen in Germany’s evolving online gaming sector.

Bragg Gaming Group is a leading B2B iGaming provider. The gaming giant now serves North America as well as Europe, and continuously strives to enter more regulated markets across the globe. It’s a favourite of online casino NZ players too.

The group is fully focused on developing an entirely new generation of gaming expertise via partnerships, acquisitions, and ongoing growth and development.