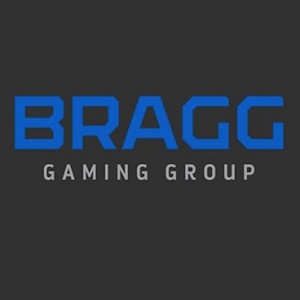 iGaming giant Bragg Gaming is on an absolute roll. And it’s the type of momentum that has now positioned the developer perfectly for long-term success in the online casino NZ market and beyond.

Bragg recently released its latest revenue report and said that the excellent results posted for the first quarter of 2021 are the direct result of the incredible momentum gained throughout 2020 – results that ultimately led to a massive 62 per cent year-on-year improvement.

As for quarterly improvement, Bragg Gaming reported quarter-on-quarter revenue increased by 3 per cent from €13.8 million for Q4 of 2020, to an improved €14.2 million for the three months ending March 31, 2021.

Improvements Across The Board

Bragg has said that this impressive improvement was largely brought about by a definite shift in the proportioning of revenue from online casino NZ and global games and content to iGaming turnkey services and offerings.

Net loss for the reported period came down considerably to €1.1 million, an improvement Bragg Gaming has credited to the settlement of its earnings from Oryx Gaming on January 18 last year. This, in turn, caused the adjusted EBITDA to surge by 234 per cent all the way up to €2.3 million, as opposed to the €700,000 reported for 2020.

Bragg Gaming CEO Richard Carter said of the latest report that the company had continued to build relentlessly on the strong momentum experienced in 2020, with the result having been a significant and phenomenal first quarter and start to the new year.

What’s more, said Carter, the company had also witnessed a marked increase in online casino NZ and global player numbers, with at least 54 per cent more players making use of Bragg’s stellar content than what had been the case last year. This increase can be credited to Bragg having launched their casino games with nine new operators, explained the CEO.

Up next for the star studio is the $30 million acquisition of Spin Games, a take-over primed to set Bragg on an even more impressive revenue trajectory.

Spin Games, said the CEO, is the first step in the process of Bragg Gaming becoming a tier-one vertically integrated iGaming provider in the United States, and as such, a crucial acquisition for the company.

Bragg Gaming, concluded Carter, has never been better positioned for long-term relevance and success with online casino NZ players than at precisely this moment in time.

Try the BEST casino games! Sign up at a top casino NOW.