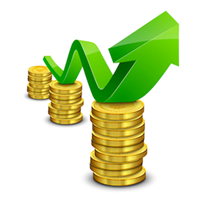 Bet365 CEO Denise Coates remains at the top of the UK’s best-paid executives list after earning a massive £421 million in remuneration for the financial year that ended on March 29, 2020. Coates has in fact been topping the pay-list for the last four years, with her pay package for this period totalling to well over £1 billion.

Even more astounding, especially given the global tendency that was the result of a precariously difficult year, is that Bet365 has managed to completely avoid lay-offs, furloughs, or even making use of any of the employer aid packages made available by government and has continued to employ and fully retain its more than 5,000 employees around the world without as much as a single reduction in workers’ pay or benefits.

Worth noting also is that the operator continued to pay even its four company directors (including Coates) their full dividend benefits for the year, with Coates paid roughly £48 over and above her remuneration package as CEO.

Bet365, a predominantly online-focused gaming and sports betting operator, last year saw its operating profit for the year drop 74%, largely resulting from a global hiatus on the sports wagering front. This had been the result of dividends paid and remuneration packages largely having remained level even in the wake of an immense financial crisis across the global playing field.

The company furthermore contributed some £641 million in taxes to the UK government for the financial year that ended in March 2021. Now present in more than two dozen countries, Bet365 has around 53 million active customers. It also owns Stoke City FC, a second-tier English soccer team.

Looking To The US

As far as US expansion goes, Bet365 has been an active player in the booming New Jersey online casino market. The group entered the US in 2019 via a partnership deal with Hard Rock Atlantic City. Interestingly enough, however, the operator hasn’t been pushing any sort of rapid expansion in this regard, unlike many of its contemporaries.

As for the future possibility of online sports betting goes, which has not yet been legalised in New York state, Bet365 has in place a deal with Empire Resorts.

The issue of the legalisation of online sports betting in New York remains up in the air for now, with the matter expected to be raised once again for possible passage in the coming weeks.

Bet on your favorite markets and cashout with your winnings