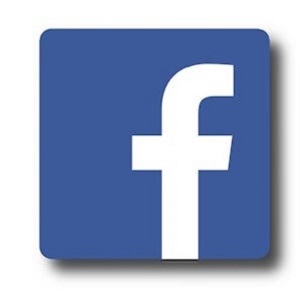 King’s Resort owner Leon Tsoukernik has clearly had it with Facebook’s double standards when it comes to advertising and the gambling industry. Himself a regular on the Poker scene, Tsoukernik owns Europe’s biggest Poker room, which is part of the casino and resort’s offerings in Rosvadov in the Czech Republic.

According to a local Czech newspaper Tsoukernik is suing the social media platform over a recent online casino advertisement that illicitly makes use of photos of the entrance to King’s Resort – but with no official affiliation with the popular venue or the King’s brand.

The advertisement apparently prompts social media users to sign up for a new account – while offering special sign-up bonuses and other freebies in return.  And while no mention is made of King’s Resort in particular, the images used are reportedly clearly that of the popular European gaming and entertainment establishment.

According to Tsoukernik, who is apparently suing the social media platform for around $23.1 million for allowing false advertising to have slipped under the radar, the advertisement could cause irreparable damage to the King’s Resorts brand. Tsoukernik is of the opinion that Facebook had failed to perform the proper due diligence in terms of the rules of advertising and intellectual property rights.

Making matters worse, at least according to the venue’s famous owner, is that anybody who has ever visited King’s Resort will be instantly able to identify the venue in the images that were provided to Facebook for the purposes of the advertisement. Tsoukernik seems to be of the opinion that this should have been apparent to Facebook’s administrators also.

Tsoukernik reportedly told the mentioned Czech newspaper that across all other avenues of media, whenever an advertiser wishes to place an ad, such an advertiser would be required to provide proof of trademark, advertising rights, the rights to use the intended images, etc. Tsoukernik reportedly said that as recently as two years ago, the social media platform had required all of the above information and proofs from him when a King’s ad had been placed – and that he could therefore not understand why the same protocols were not being followed now.

Tsoukernik and King’s Resort have reportedly now called on assistance with the local customs office, which is the government body charged with overseeing gambling and related laws and regulations in the Czech Republic, to help resolve the matter.