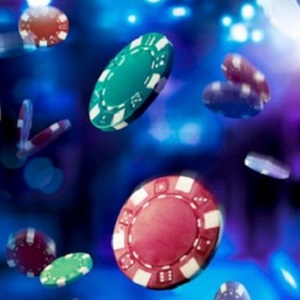 Australia’s Star Casino Gold Coast has received permission to pursue the recovery of some AUS$43 million in unpaid debts from a Singapore VIP customer in the country’s Queensland Supreme Court.

The operator first tried recovering the massive amount it says it is owed by renowned high-roller Yew Choy Wong in Singapore, where the VIP big spender is reportedly resident. It however had its claim and application dismissed by a Singapore court after a local judge ruled that the Singapore Civil Law Act did not provide for Government to assist foreign companies in the recovery of gambling-related debts.

According to court documents, Wong first arrived at the Star Casino Gold Coast after being introduced to the gambling venue by a marketing junket. The incident reportedly took place in July of 2018.

Following a five-day losing streak playing Baccarat at the popular gambling venue, which spree had been powered by an AUS$40 million black cheque issued by the casino, the VIP billionaire spent another AUS$10 million buying cash chips from the casino.

By the time Wong eventually called quits on his Baccarat losing spree, he was left stuck with debt to the value of around AUS$43 million, which debt reportedly includes an unpaid room tab. But instead of honouring the black cheque issued in good faith by the gambling venue, Wong pulled the plug on the payment by cancelling the money order the minute he arrived back in his home country.

Continuance Based On Merits

The cheating high roller has tried every which way to defend the ends of justice, including calling the legal proceedings against him frivolous and an abuse of the court process.

After the operator eventually took its legal action to the Queensland Supreme Court following an outright dismissal by international Judge Jeremy Cooke, Wong eventually recently came to the party by filing a conditional notice to defend the matter, disputing in his notice the Queensland Supreme Court’s jurisdiction to preside over the matter. His application has however since been dismissed by Justice Thomas Bradley.

According to Justice Bradley, the casino’s claim is of a straightforward nature, adhering fully to the provisions of the country’s Cheques Act. Even though Justice Bradley included in his allowing of the matter to proceed the possibility of a failed application due to the involvement of Singapore and international laws, he said that a dismissal of the casino’s claim would have been a gross injustice.

Try your luck on one of the biggest jackpot pokies. Play at Jackpot City casino nz today