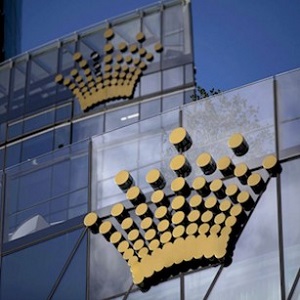 A proposal for a takeover by the Blackstone Group has been unanimously rejected by Crown Resorts. The latter deemed the offer to be a bad fit at this time, as well as an undervaluation and has since announced that it feels inking a casino deal with the Blackstone Group would not be in the best interests of its shareholders.

As a result of the rejection of this deal, it is anticipated that Star Entertainment Group has now been placed at an advantage. Crown Resorts has requested that Star provides it with certain information that will allow Crown’s board to better understand preliminary matters. This comes after an offer to merge was tabled earlier this month.

Merger Could Be Valued At $2 Billion

Earlier in the month, Star Entertainment Group said in a merger proposal that an AUD 12 billion deal could turn the companies into a leader in the tourism, casino and entertainment industries. Crown Resorts has requested further information with regards to this proposal, although a spokesperson has said that a view on the merits of the merger has not yet been formed by the company.

According to Star Entertainment Group, the merging of the two businesses could hold a net value of $2 billion. Furthermore, it could deliver between $150 and $200 million in costs of synergies per annum. The proposal is conditional and non-binding. It also offers 2.68 Star shares per share of Crown. Star insists that this creates an implied value of $14 per share for the group headquartered in Melbourne.

A Stake In The Company

Currently, the Blackstone Group already owns just under 10% of Crown Resorts. Earlier this month, it revised its offer of $11.85 per share to $12.35. This valued the group at AUD 8 billion in April.

Crown Resorts insists that it has considered the revised proposal very carefully. It also sought advice from financial and legal advisors and as a result, was able to determine that the proposal undervalues the firm significantly.

Before coming to this conclusion, the boards considered a wide range of scenarios. It also considered the conditions of the revised proposal, including the casino regulatory approval conditions. Despite the Blackstone Group’s modification of these conditions, the board stands by its decision with regards to the timing and uncertainty of the approval process. As a result of this, the overall proposal was deemed to be an inappropriate fit for all of Crown Resorts’ shareholders at this time.