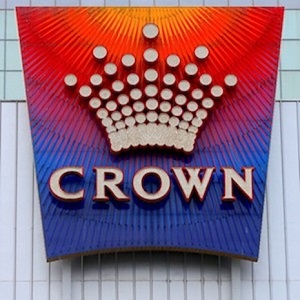 Australian based Crown Resorts is officially in serious trouble. After a series of critical blunders made at the company’s executives on several occasions, the organisation has been put under investigation by the New South Wales Independent Liquor and Gaming Authority (ILGA.) The possibility exists that the corporation may lose their Sydney operating license entirely, long before the resort is even due to open its doors.

James Packer, the conglomerate’s biggest shareholder, was put on trial and allowed to defend what is being referred to as an increasingly worrying series of developments. Over a number of days he testified, elaborating on multiple accusations of misconduct laid against him. The accusations include serious text threats made by him in email exchanges, as well as the high profile arrest of Crown casino employees in China.

In 2015 an email exchange between Packer and a private equity manager saw numerous serious threats being thrown out by the Crown shareholder, many of which were seen as unacceptable. In response to this Packer referred to his own behaviour as shameful, though confessed that he was being treated for bipolar disorder.

However, this was hardly the core of the trial. Instead the focus was on the serious complications in China.

In 2016, 19 Crown casino staff were arrested. Upon opening a venue in the country, the company had been warned to not promote gambling services to mainland residents. However, apparently completely disregarded this warning, employees violated the rules on multiple occasions. This finally resulted in arrests, casting an extremely bad light on the corporation as a whole.

In response to this, Packer stated he had been unaware of the dangers that existed in China, despite the evidence that he had received emails specifically warning him against doing business in the country.

All of this, however, was just the tip of the iceberg. The biggest accusation against Crown Resorts is the sale of 20% of the corporation’s stock to Melco Resorts and Entertainment (MRE,) a conglomerate owned by Macau casino tycoon Stanley Ho.

The move had been nothing short of an international scandal, given that the company’s NSW licence specifically forbade interaction with Ho.

In response to the serious misconduct Packer claimed, first and foremost, that he had known the sale violated regulation. However, he added that he believed his attorneys would handle the situation on his behalf, and clear up any problems. Earlier in the investigation, however, executive for the corporation had claimed that they were simply unaware of the links between MRE and Ho.

Either way, MRE quickly backed out of the deal, though not quick enough to avoid the deal going public after the investigation was initiated.

After several days of inquiry, ILGA concluded that the company was indeed at serious risk of losing its Sydney license. The authority stated that if the corporation failed to rise to suitable levels of behaviour, the casino’s license would be revoked without hesitation.