Crown Resorts Under Fire Once Again 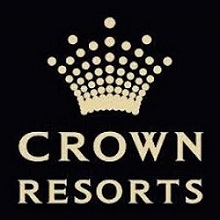 Crown Resorts is Australia’s largest casino operator and is once again under fire following allegations of having tampered with its Pokies machines in order to boost profits. A former patron at Crown Resorts’ flagship casino in Melbourne has contacted an independent member of Parliament, making all sorts of claims regarding misconduct by casino staff, including motivating the woman (who has not as of yet been named) to jam the buttons of Pokies by inserting small plastic picks into the machines in order to affect continuous and automatic play.

The Member of Parliament is Andrew Wilkie, and he has subsequently reported the alleged illegal behaviour to the police as well as the Victorian Commission for Gambling and Liquor Regulation (VCGLR), for further investigation. The woman also made other claims regarding untoward behaviour by casino staff, including the fact that she was reportedly issued with more than one loyalty card in order to earn maximum points on all of the Pokies games that she was playing.

Worst of all is that these allegations follow previous allegations that were made concerning the hiding of money laundering practises, by the very same casino. The scope of the misconduct also included the blanking out of buttons on Pokies machines. Investigations into the initial allegations were still underway when the newest information was brought to light.

Andrew Wilkie is now insisting that the evidence is indisputable and that there is obviously more than one problem prevalent at the relevant casino. Wilkie went on to say that if the latest allegations were found to be true, then Crown Resorts should be prevented from providing any further gambling services and should have their licence to trade revoked in full.

Mr Wilkie has presented evidence of the proposed misconduct to the VCGLR, including the fact that the woman had reportedly lost an average of AU$30,000 every time that she visited the casino, reportedly as a result of having been issued with more than one loyalty card, leaving the woman in the position to play on various Pokies machines at once, but her attention not being focused on any one game. Modifying Pokies machines constitutes a criminal activity in the State of Victoria, and if the casino group are found guilty of these charges, there will be serious ramifications for the group.

The behaviour that the group is being accused of is considered to constitute serious misconduct.