Crown Sells 62% Of Its Stake In CrownBet 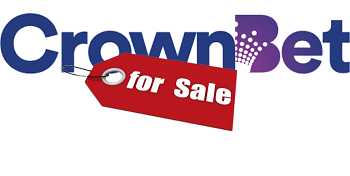 In the latest online casino news, Australian-based gambling giant Crown Resorts has now revealed an agreement in which it will sell its majority stake in online gaming platform CrownBet. The firm plans to sell $150 million in shares in the latter company, translating to a whopping 62% of its stake.

Crown Resorts revealed in a recent press statement that it has officially agreed to sell 62% of its total stake in CrownBet, along with loans advanced to it by the aforementioned iGaming firm. The stake will be sold to a group of local Australian investors which includes the gambling site’s own CEO, Matthew Tripp.

This sale has not surprised financial experts in the gambling world, according to many recent publications from Australian industry members. In fact, it has come just over two months after William Hill revealed that it had entered talks surrounding a purchase of Crown’s stake in the gambling site.

Crown has also noted in a filing with the Australian Securities Exchange that the deal is expected to be finalised and closed by the end of February this year, and is also subject to the purchasers’ ability to arrange appropriate financing for the acquisition.

It should here be noted that selling its stake in CrownBet is a part of Crown Resorts’ plan to recuperate around $700 million in previous asset sales by the firm. The CrownBet stake accounts for around 10% of Australia’s local wagering market, and plans for its sale were announced in December last year by Crown spokespeople.

This sale is not the only sale that Crown resorts have made in the past few weeks, however. The Aussie giant has already sold a large portion of its casino land in Las Vegas to competitor Wynn Resorts, upon which it had previously planned to construct a $385 million casino resort and diversify its global offering.

The firm has now also revealed plans to divest its stake in fellow gambling behemoth, Caesars Entertainment Corp., as well as land in its luxury casino development in Sydney. After this, it is uncertain the direction in which Crown Resorts will move – but considering that it is one of Australia’s largest gambling companies, the future undoubtedly still holds massive growth for the firm and its enterprises.