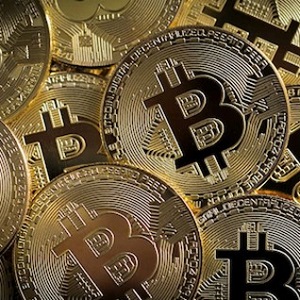 The European Union (EU) is cracking down on money laundering once more in a bid to contain the cash being thrown behind terrorism and other crimes against humanity. And while a re-look at the 2015 Regulation on Transfers of Funds may seem like as good a starting point as any for the curbing of international crimes, the knock-on effect for the global and online casino NZ industry could mean a potential shake-up as far as the increasing prominence in terms of the use of cryptocurrencies are concerned.

Cryptocurrencies have widespread appeal because of their anonymity. The problem, however, is the massive application this holds for organised financial crimes. And since a curbing of payment methods such as Bitcoin and Ethereum would have to be applied across the board, this necessarily means the impact will be felt also by the online gaming community and the best online casino NZ has to offer.

Change Is A Given

While a crack-down on anonymous digital currencies will certainly help limit the use of online assets for dubious means, it will also mean online casino NZ players will have to change from a payment method that has become a preferred means of deposits and withdrawals for many.

Online casinos too, many of which operate with Bitcoin being the only form of deposit accepted, will have to reconsider their entire operational flow of money changing hands. This will necessarily mean a player migration of sorts across the board – with an entire movement of online players betting only with digital assets.

Limited – But Not Gone

While the EU has not yet reached a final decision regarding the anonymous use of crypto transactions between a sender and a receiver, digital currencies are unlikely to be outlawed altogether.

According to EU Commissioner for Financial Services, Financial Stability, and Capital Markets Union, Mairead McGuiness, money laundering today poses a bigger and more present threat than ever before. The sheer scale of underhanded goings on cannot and must not be underestimated, explained McGuiness, who added that the funding of terrorism threatens not only individual citizens, but also the very stability of democratic systems of entire countries.

It certainly seems as if the global and online casino NZ industry will have to adapt for the greater good of countries and even global security. Anti-money laundering measures will always remain at the top of the EU’s list of priorities – it’s simply a matter of everybody else being willing or unwilling to fall in line. The best online casino NZ sites will always put player security first too, so they’ll fall in line with whatever is decided to be safest.

Play for REAL MONEY online. Sign up at a TOP online casino.