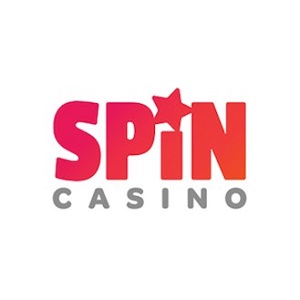 Microgaming has thought of almost every online pokies theme imaginable. Norse mythology. Soccer. Romance. You name it, they have a pokies machine for it. One of the most endearing of these, however, is Egyptian-themed online pokies. What makes these game types so likeable? We prefer to ask, what doesn’t!

Why Are Cultural Pokies Such a Big Deal?

Culturally themed online pokies are primarily a source of entertainment, but they also play a bigger role. They allow us to travel back in time and appreciate the essence of a particular time and place. In the case of pokies set in Ancient Egypt, we encounter meaningful symbols, celebrated deities and respected leaders and traditions.

It’s hard to single out top titles in the sea of entertainment that is Spin Casino, but if we had to boil it down to one or two, we’d say that Book of Atem and Queen of Alexandria™ WowPot!™ are among our favourite Egyptian-themed online pokies at the moment.

Released in 2019, Book of Atem is a true feast for the eyes. Filled with pastel graphics and a soothing oasis of sights and sounds, it’s also infused with payout potential in the form of bonus features, like Wild Scatters and a Free Spins bonus game with Expanding symbols.

Played on a 5-reel, 3-row grid with 10 fixed paylines, players will come across all sorts of eye-catching symbols. These include lotus flowers, cobras and falcons, as well as Atem himself.

Book of Atem is also playable in the Book of Atem WowPot!™ version, hosted at Spin Casino under their jackpot games tab.

Set in the magnificent Alexandria, once ruled by Cleopatra herself, expect opulent scenes, wildly realistic graphics and dazzling fun should you choose to play!

Our idea of the best online casino NZ has to offer, Spin Casino is filled to the brim with over 500 online and mobile games, including Book of Atem and Queen of Alexandria™ WowPot!™, amongst others. Safe, fair and user-friendly, they offer a 24/7 support service via live chat, optional daily promotions, super-safe banking and wager-based loyalty rewards.

Spin and Win on Egyptian-Themed Online Pokies at Spin Casino!!!