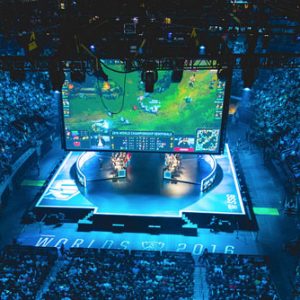 The eSports industry has been going from strength to strength in New Zealand and the rest of the world, with 2018 set to be the biggest year yet. Events are occurring on a global scale, and viewership, both in person and online, is set to reach record heights. It’s also clear that online casino games are no longer the only way to win big, and many of the eSports tournaments also feature prizes that rival even the largest jackpots.

The Overwatch League is already underway, and many are already calling it one of the most exciting in eSports history. Having started on January 11th, the event will continue all the way through until July 23rd. The matches can be caught on both Twitch, and directly through Blizzard.

Australia sees its first ever ESports tournament with the Gfinity Elite series. With a number of popular games being played, from FIFA 18 to Rocket League, ten teams go head to head to determine an ultimate champion.

Season 1 and 2 has already played out, but season 3 is still underway.

DreamHack, the biggest digital event host in the world, has a number of events in 2018. DreamHack conventions feature not only eSports tournaments, but also LAN parties, cosplay and technological showcases.

DreamHack Masters Marseilles held in France, runs from April 19th to April 23rd, with the eSports focus being on Counter Strike: Global Offensive.

DreamHack Tours, of which details are presently not yet determined, are to be held between May 20th and May 22nd, with the game of choice being League Of Legends.

DreamHack Austin, in the United States, is from June 1st to 3rd. The eSports event will be StarCraft 2.

Don’t forget to check out the eSport Championship Series, Season 5, hosted in London. With an enormous cash prize of $750,000 up for grabs, the latest season is sure to be one that is fiercely fought. The game featured on for the Championship series is Counter Strike: Global Offensive, with a number of professional teams already signed up.

Dota 2 may be getting along in age as far as games are concerned, but the game is still one of the biggest eSports games in the world.

Being held in Canada for the first time ever, the International Dota 2 Championships are due from August 20th to the 25th. Major teams already have their eye on the championship, and the battle is sure to be one for the ages.

Looking at this line up it’s easy to see just how popular eSports have become, and how many