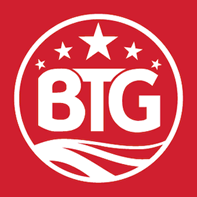 Leading live casino game supplier Evolution has officially completed its purchase of Big Time Gaming (BTG), the NZ online casino supplier that’s famous for its pokies. The deal between the two firms has been in the works since April of this year. Evolution acquired BTG as a means of further expanding its already impressive iGaming empire.

How The Acquisition Came About

Evolution’s discussions surrounding the acquisition of Big Time Gaming in order to appeal to a wider NZ online casino market first started in April of this year. At that stage, it was expected that the deal would be completed towards the end of the second quarter. This deadline was met, putting the plans to provide more content in motion. The total value of the deal at the time amounted to a whopping EUR450 million.

Following the initial agreement in April, Evolution was able to secure all of the necessary regulatory approvals for the finalisation of the transaction that would officially mean that the game supplier fully owned BTG. This acquisition means that the online casino NZ market has plenty to look forward to in terms of content. The firm paid EUR220 million upfront. This took the form of EUR80 million in cash, while the rest was issued in shares in Evolution.

Just last December, Evolution also finalised its purchase of NetEnt as it made moves to dominate the iGaming world. This deal resulted in Evolution becoming the de facto owner of the Game Mechanic Megaways that gives pokies players an impressive 117,649 paylines per game.

Further Details About The Deal

In order to be able to offer Big Time Gaming’s content to a wider NZ online casino market, the company must also pay an earn-out that is based on BTG’s EBITDA for both the 2021/23 and 2023/24 fiscal years. This measures up to a maximum of EUR230 million, 70% of which must be in cash and 30% of which will be issued in Evolution shares.

The board of Evolution decided that in order to make waves in the market, it would issue 1,105,032 new shares. Big Time Gaming’s sellers were accrued by offering them the right to subscribe to new shares.

With this new issue, the subscription price of each share stands at EUR126.72. This is equivalent to the volume weighted average price of Evolution’s shares as listed on Nasdaq Stockholm for the period running from 23 March to 7 April of this year.