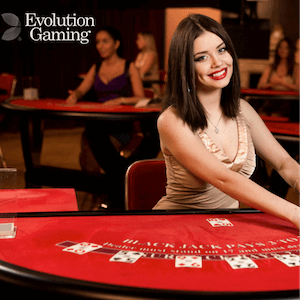 It’s been a rollercoaster year for many service providers, especially in the regulated online gaming arena, with many international changes having taken place as well as many new operators having stepped into especially Asian markets.

The new business dynamic and major shift in market shares have had a large influence on the revenue income of existing role-players in the iGaming and gambling industry.

Evolution Gaming has been one of the more fortunate enterprises. The company has recently released its figures for the second quarter of the year, and a 40% year on year growth percentage is at the order of the day.

This is exceptionally positive, especially considering the many challenges faced by many other entities in the industry. The operator’s operating revenue has increased to €59.3m ($68.8m), since the second quarter of 2017.

The company’s EBITDA also enjoyed a 36% increase since this time last year, in spite of the lower margin of 44.2% compared to last year’s 45.5%. Profit margins, however, are looking fantastic and very impressive, having climbed all the way to €20.1m ($23.2m). And this is only taking into account the total profits tally for the second quarter of the current year.

CEO and co-founder of Evolution Gaming, Jens von Bahr, has said that he is pleased to report the kind of figures that the company has seen for the second quarter, and that a 40% year on year increase was what true progress was all about. Von Bahr said that the growth was the result of a number of contributing factors, including on going investments and constant customer marketing and effective processing of those customers.

Much Thanks To World Cup

Von Bahr also went on to pay due credit to the World Cup, and has said that much of the second quarter’s income figures are thanks to preparation for an upcoming World Cup and that the company has seen a great deal of growth in all avenues of trade, not just sports betting, as awareness around the tournament increased among players. The growth is expected to be of a lasting nature, with 500 new tables expected to go live by the end of 2018, all thanks to increased demand that was brought about by increased overall awareness.

The operator is also working on the launch of a brand new studio in the newly regulated state of New Jersey during the third quarter.