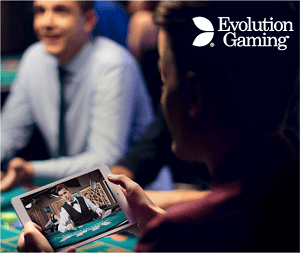 Leading provider of live dealer casino solutions Evolution Gaming has recently revealed the financial results for its second quarter of the year. The developer has noted success in many of its key fiscal indicators, noting operating revenues that have increased by 56% year on year over the same period of the previous year.

Some of the key indicators revealed by the firm for the period ended on June 30, 2017 include operating revenues standing at €42.3 million, and EBITDA that has increased by 81% over the same quarter of 2016, reaching €19.2 million by the end of the period in review.

Evolution’s profits have also seen a considerable increase during the first half of the year, with profits increasing to €14.6 million before taxes. The firm has credited a large portion of this increase in reviews with the growing popularity of its mobile offerings, which are continuing to increase steadily as the mobile gaming trend gathers momentum on a global scale.

As well as a strong performance in the mobile software sector, land-based casinos have also showed a keen interest in signing on Evolution’s dual-play gaming options. This created even more earning opportunities for the firm in Q2, while expansion into new markets and player pools has also assisted in its impressive H1 growth.

Commenting on his company’s results, CEO Martin Carlesund noted that he is pleased to be able to sum up an eventful quarter with positive growth in several of Evolution’s key areas. The strong momentum experienced in past quarters has continued into Q2, Carlesund said, with steady growth across all of the firm’s products.

The CEO noted that Evolution is seeing continued live casino launches among its customers, who are also increasingly marketing its offerings towards end users. He also confirmed that land-based casinos are showing interest in the company’s Dual Play Roulette product, which can be found at Grand Casino Bucharest.

Lastly, the CEO revealed that after the end of Q2, Evolution has been granted permission to go ahead in establishing its latest major live gaming studio in Tbilisi, Georgia. From the new studio, the live dealer provider aims to expand its services and products to even more customers and regulated markets.