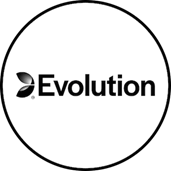 Premium live casino and online gaming provider Evolution recently released a statement to the press meant to update the markets on the studio’s financial standing following the acquisition of NetEnt.

The premium provider, which also happens to be in the process of acquiring Megaways-giant Big Time Gaming, reported an incredible 105% year-on-year rise in revenue for the first quarter of 2021 – with its live casino offerings alone responsible for 60% of the total growth.

Recent operational highlights include Evolution’s acquisition of online pokies giant NetEnt, the launch of a live casino in Michigan in the U.S., and the construction of two brand-new live dealer studios – one in North America and the other in Europe.

What’s more, Evolution is now one of the largest employers across the iGaming space, with more than 10,000 workers now on their books.

The most prominent news and development of all is obviously that of the live casino provider’s buying out of Big Time Gaming. Anticipated to be finalised by the end of the second quarter of 2021, the acquisition will position Evolution in an exceptionally strong position across the online pokies landscape.

More significant news is that Evolution has just released its first online gaming collaboration with NetEnt. Gonzo’s Treasure Hunt Live is a title among titles, and although just released, already making casino news headlines all over the world.

Regional growth has been an ongoing dynamic for Evolution, with the biggest of this trajectory reported for North America. Here, revenues have more than doubled over the last quarter alone. Other markets showing incredible growth include Europe, Asia, and the United Kingdom.

The upswing we’re currently seeing from Evolution is expected to last well into the foreseeable future – and especially so now that Big Time Gaming ownership is well and truly on the cards for the live casino specialist.

Since NetEnt’s initial integration, Evolution’s revenue growth has been boosted by a remarkable 22.1%, with more growth anticipated as time progresses. There’s absolutely no limit to what the live casino provider can expect once Real Time Gaming, too, has been fully integrated.