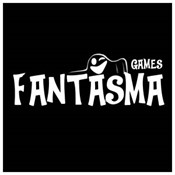 Stockholm-based iGaming studio Fantasma Games is making online casino NZ news headlines this week with the announcement of its acquisition of Wiener Games. The acquisition marks Fantasma’s very first M&A deal since the company listed as a public entity six months ago.

The acquisition deal has been valued at a cool €700,000, which includes a cash component of €500,000, and the balance made up of newly issued shares in the combined entity. The deal was announced only weeks after Fantasma first announced mergers and acquisitions to be part of its larger IPO strategy for the future.

The Why Behind The Acquisition

According to Fantasma’s announcement, the acquisition of Wiener Games will enable the company to continue to focus on its distribution push – while now being in a position of pushing additionally acquired resources into creating games for a wider but select group of iGaming operators.

The online casino NZ deal, which is anticipated to be finalised in October this year, is expected to greatly contribute to Fantasma’s overall annual results. It will remain subject to all the usual closing conditions – including regulatory laws and M&A anti-trust regulations.

According to Fantasma Games CEO Jacob Sachs, what prompted the acquisition of Wiener Games had been the studio’s newfound inability to meet the demands of its customers for more high-quality online casino content. Sachs described this to have been a “pleasant problem” to solve.

Sachs described Wiener Games as a studio that has managed to create a strong and solid output of high-quality content – but at the same time a company with limited capacity for distribution. The acquisition solves both the demand on Fantasma for a stronger stream of uninterrupted content as well as that on Wiener Games for a more effective distribution model, explained Sachs.

The Wiener Story So Far

Founded in 2014 and headquartered in Sofia, Bulgaria, Wiener Games has since 2018 managed to keep its turnover steady at an impressive €350,000 annually. An independent design studio for online casino NZ giants like Microgaming, Relax Gaming, and Leo Vegas, Wiener currently employs a total of 19 employees, and continues to grow with each passing year.

The newly acquired independent studio is a profitable affair and will now be in a position to grown even larger still its already impressive collection of online pokies. It’s network, too, will expand considerably resulting from the coming together with iGaming giant Fantasma Games.