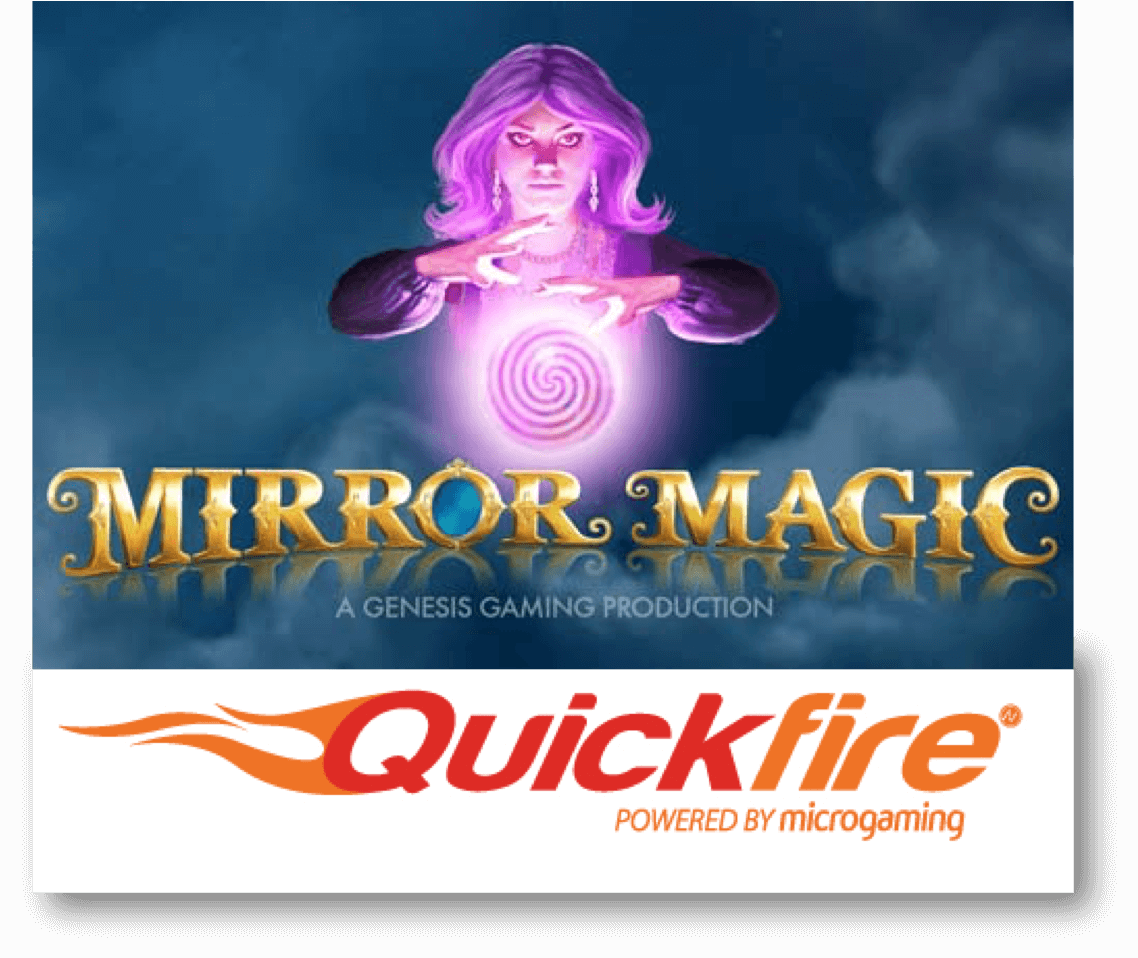 Mirror Magic is already a well-established pokies game in Genesis Gaming’s portfolio, intriguing players with its unique transforming symbols in the Mirror Pays bonus feature. The pokie’s upcoming appearance across Quickfire will ensure that it can be enjoyed by as many Quickfire players as possible across both desktop and mobile channels.

Mirror Magic is a 5 reel, 25 payline pokies game with a mystical theme that is reminiscent of gypsies, crystal balls and the art of fortune telling. The symbols on the game’s reels range from magic potions and coins to wizards, and the bet size is fully adjustable across all 25 lines.

Mirror Magic also offers its players bonus features in the form of Wilds, Scatters, a free spins bonus game, and the unique Mirrored Pays feature. Genesis Gaming created this pokie in HTML5 format, allowing both desktop and mobile players to experience it at Genesis’ online casinos.

The most notable features of the Mirror Magic pokies game are its eerie atmosphere, appropriately haunting theme track, and advanced graphical effects. In terms of bonus features, three or more Gypsy Sorceress Scatter symbols will trigger Scatter pays and a gift of up to 25 free spins for New Zealand players.

The free spins are also accompanied by Mirror Pays, in which lower-valued Royal symbols pay the same as their ‘mirrors’ on the pay table – while higher valued symbols pay out at their original high value. In the context of the game’s mechanisms, poor servants and beggars will transform and reveal their true royal identity while simultaneously paying out more valuable prizes.

James Watson, Genesis Gaming’s Director of European Sales, has also commented on the launch of the pokie across the Quickfire platform. Watson said that Mirror Magic is both an exciting and entertaining pokie that has generated plenty of anticipation with its Mirror Pays bonus feature by keeping players in suspense as they wait for lucrative symbol transformations to happen.

He continued, saying that the game suits every player from avid gamblers to casual, entertainment driven slots fans, and that his company is excited for its upcoming Quickfire launch.