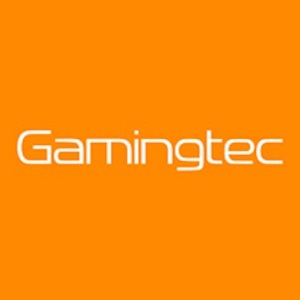 Gamingtec, known for providing an online casino NZ and sportsbook platform, have officially welcomed another studio under their umbrella. In this case the newcomers are G Games, known for creating an excellent range of iGaming content. The studio’s catalogue, which includes over 70 titles, will now be added to the Gamingtec platform. Thus, in turn, the content will be distributed to top gambling sites for easy access for an even greater audience.

As it stands Gamingtec already has a vast selection, including a massive 10,000 titles in total. Included in the immense catalogue is everything from world class pokies and digital table games to Live casino content. Needless to say the additional 70 titles, although seeming like a drop in the ocean, will be providing new content for partnered online casino NZ sites.

Commercial director at Gamingtec, Liam Mulvaney, shared a few thoughts on the partnership. He stated that G Games are a market leading development studio, offering an incredible selection of unique games that online casino NZ players love. He went on to declare that not only is each and every game fun and thrilling, but also comes packed with an impressive selection of features.

Though, Mulvaney was quick to point at that, where his company was concerned, game quality was as important as quantity. He elaborated that all software accepted into the company portfolio, including pokies, was of the highest possible standard. He concluded that he was thrilled to be inviting the new partners on board, adding that all the new content would be going Live with partnered operators in the coming weeks.

Hence, any top operator getting their content from the platform will have an influx of new and exciting games for players to enjoy.

Helen Walton, chief commercial officer at G Games, shared a few thoughts of her own. She explained that the partnership had been struck with one of the largest and most successful platform providers in the world, which was a benefit that spoke for itself. Though, she did elaborate that distribution of her studio’s pokies would now be broader, and more significant than ever before, which was the sort of success she had been looking for.

She concluded that her studio’s team has been hard at work for months, and that each member of the creative department would be thrilled to see their work reaching a bigger audience than ever before.