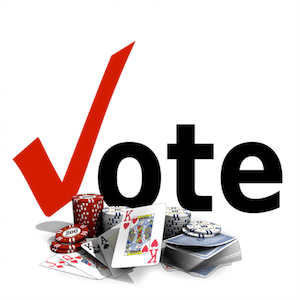 Brand new restrictions on the number of gambling machines in New Zealand are now being debated by northeastern NZ’s Gisborne District. The draft policy on gaming, which was proposed by the District Council to minimize the harmful impacts of gambling addiction, would ban the relocation of punting venues and also impose limits on the number of racing board venues to just a single establishment.

Local Gisborne authorities are currently reviewing the aforementioned Gambling Venue policy, as is mandated by the Racing and Gambling Acts of 2003. A public hearing on the proposals will be taking place on Wednesday, 8 May, at which community members and other involved parties can comment on the amended policy that would seek to slash the rates of compulsive gaming in the area. The Council will also be accepting written submissions that must be sent online by 4pm on Tuesday, 8 April.

At the moment, there are 12 Class 4 gaming venues in Gisborne District, which are home to 180 wagering machines. According to the latest report by the Department of Internal Affairs in 2017, there were 4.1 electronic gaming machines per 1,000 people in the region; an average prevalence compared to other parts of New Zealand. Auckland sat at the lower end with 2.4 machines per 1,000 people, while the West Coast took the top record with 7.1 pokie machines for every thousand residents.

The Gisborne District Council’s new proposal will not reduce the number of machines, however. Instead, it adheres to the ‘sinking lid’ policy, which is being applied to all Class 4 pokies in the country. If the revised policy is green-lighted, it will bar all new TABs from opening in Gisborne. Currently, there is only one TAB in the area, but if the changes are approved, the venue would not be allowed to relocate its operations.

As well as the proposed relocation ban of Class 4 venues, the amended policy would also place strict restrictions on Kiwi gaming operators. Should they ever relocate, they would instantly lose their operational licenses.

The District Council approved the existing Gambling Venue rules in 2015, but the policy must be assessed and changed every 3 years. The Council has now published a short review of the policy, highlighting that the number of pokies and gaming venues has dropped from 2015, while gaming machine revenue has actually risen instead.

This concerning trend suggests that punters are spending more on gambling than ever before, with Gisborne ranking the 19th highest district in terms of gambling loss per capita in NZ; $88.03 on average. The Council has also highlighted that there is still no specialized addiction support service locally, which is very worrying considering the many negative impacts of compulsive wagering.