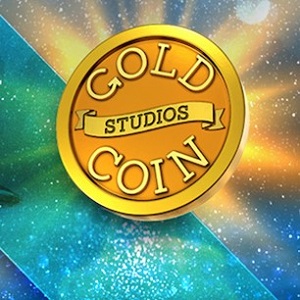 Leading online casino software developer Microgaming has just announced that it will once again be extending its large family. The firm confirmed an exclusive agreement of distribution with Gold Coin Studios. The Reno-based studio joins a multitude of smaller creators that have joined Microgaming’s network.

The network has proven to be one of the most powerful forces in online casino entertainment these days. It allows smaller studios the chance to have the backing of a giant developer like Microgaming. Not only does this provide them with vital exposure to the greater iGaming community, but it also helps Microgaming outsource and expand its network, all while aiding smaller firms and helping them grow within their own rights.

Following the announcement of the partnership, Silver Seas online pokies game was released on 20 May. This Gold Coin game includes Microgaming’s wildly popular EpicSpike mechanic. It is themed around a swashbuckling pirate adventure across the seas. One of this game’s biggest features is its Ship’s Wheel, which acts as the wild. This means that it can be relied upon to be a substitute, so long as it lands alongside any regular symbol that will allow for new wins to be formed.

On the left side of the playing area, players will notice a jackpot meter. By landing silver coins and skulls on the reels, they can enjoy rewards that vary from one times their initial wager, up to 2,000 times the wager. Furthermore, the online casino game’s free spins feature is triggered with help from the pirate ship symbol, which helps to trigger up to 30 free games.

Silver Seas precedes Treasure Tracks, which is anticipated to arrive at the beginning of July of this year. Even more content is expected to follow in the second half of 2021.

Gold Coin Studios has not been around for very long but has already made quite the impact on the online casino industry. Having launched just three years ago in 2018, the studio has already released quite a few games on the Microgaming platform. In 2020, it released Arthur’s Gold, its first ever release alongside the online casino software giant. The game is based on the medieval legend of Arthur.

Other pokies released by Microgaming and Gold Coin Studios are quite varied, and include Aquatic Treasures, which is a sea adventure. Following this was Animals of Africa and the action-packed Bushi Sushi. Now, it looks like there will be plenty more to come.