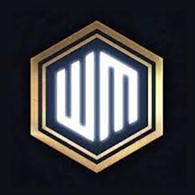 The future of gaming looks that much brighter for players in New Zealand and around the world, thanks to a new partnership between Greenlogic and online casino NZ game developer WunderMachine. Greenlogic, a Stakelogic partner, announced the partnership in August.

Salvatore Campione, head of Greenlogic at Stakelogic, described the move as a big step for the company. The two online pokies developers will create games together, before they are distributed to Stakelogic’s more than 500 casino operators and game aggregator partners.

Campione said he was happy to welcome the Germany-based pokies developer to his company’s platform. He added that his team would work with WunderMachine’s developers to create next-generation gaming content for online casinos NZ sites.

He elaborated that WunderMachine, like the developer’s other smaller partner studios, will focus on certain aspects of the development process. The Greenlogic team will then handle the games’ more technical aspects of development as well as their distribution to the company’s partners. Those aspects include game logic, testing and certification, and integration and distribution.

According to Campione, the concept has been successful thus far, and the developer expects more success to come from its new partnership with WunderMachine. The Greenlogic head complimented the studio by saying that it is capable of creating some of the best online casino NZ games.

Stakelogic was established in Eindhoven, the Netherlands, in 2014. In addition to its headquarters in the Dutch city, the provider also has offices in Malta, the Isle of Man, and Ukraine. Among the popular titles in the provider’s game portfolio are Book of Adventure, Spartus, and Book of Cleopatra Super Stake Edition.

WunderMachine’s role in the partnership will be to brainstorm game concepts, and to come up with gameplay, assets, and specifications. The pokies that the studio creates will be released under the Stakelogic brand, with WunderMachine named as the co-creator.

The Germany-based studio’s CEO, Bjorn Kaufmann said that his company finally found the partner it was looking for in Stakelogic. He explained that the provider was able to take his studio’s feature-rich, complex games to the world’s key markets and platforms, such as the best online casinos NZ offers.

Kaufmann said that the partnership was a big step for his company, as it will ensure the small studio, which has created games for more than 30 years, will be recognised by some of the industry’s larger brands.