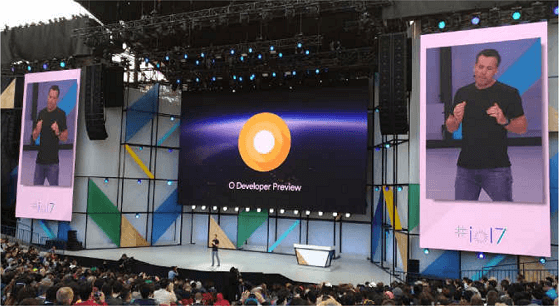 Google I/O is Google’s annual developer conference, or as it’s also termed, a ‘Developer Festival’. The event is much like Apple's WWDC and Microsoft BUILD as it serves as a platform from which Google can make a large number of announcements pertaining to their projects. I/O gives everyone, not just developers a sneak peek as to what Google has up their sleeve, and this year there were plenty of highlights.

Android O is the codename for the new Android operating system, and at I/O it was announced that the Beta version was now available. Although Google says that Android O is still in its early developmental stages, the Beta version boasts improved notifications, picture-in-picture and many other great features, and can be accessed on a compatible Nexus or Pixel mobile device. The Android OS is a favourite of many, and there are a multitude of dedicated Android based apps and services available across the web. Android O, even in its Beta form is sure to get users excited about what’s to come.

Google has longstanding VR ambitions and these are now extending beyond Daydreams present form, which sees users strapping their smartphone to their face. New VR headsets from Lenovo and HTC won’t require a smartphone, and these headsets will use Google’s WorldSense technology that works in conjunction with its Tango automated reality system.

Another important announcement that was made concerned Android Go, Google’s version of their mobile OS that’s intended to work well on entry level devices in data-restricted environments. Android Go is targeting the next billion Android users, and is a major part of Google’s continual expansion plan. It’s aimed at making mobile tech accessible to everyone and features its own version of the Play Store filled with apps ideal for the developing world that are able to run on smartphones with as little as 512GB of RAM. 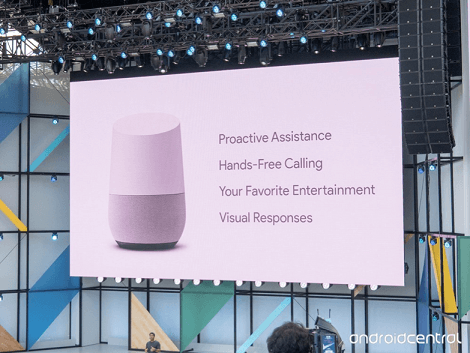 Google’s Home is already one of the best smart speakers on the market, but at I/O new and exciting features were announced. The device will now be far more useful and updates will allow it to control SoundCloud, Hulu, HBO Now, Deezer and other similar services. Additionally, Google is adding access to Home’s Bluetooth radio, so the device will work like any other Bluetooth speaker. Google also debuted the Home Visual Responses that allows the device to display required data on the correct platform, such as Google Maps on your phone, or Chromecast on your TV. Last but not least, Google Home has also enabled hands free calling, and this service is free in the US, with other countries expected to follow suit.

Google Photos is also getting a number of great new additions, and the platform will now recommend that you share your pics with the people who are in them. Called Suggested Sharing, this feature also incorporates Shared Libraries, which allows for users to create a gallery shared with friends and family. As an added perk, Google Photos now incorporates a PhotoBook tool that helps you create a virtual album that you can have printed. In future, Google has also said the platform will be able to remove unwanted images in photos, such as a fence obscuring a shot, or a building blocking out the sky.

These are just some of the many announcements made at I/O and it looks like 2017 is going to be a very exciting year for Google and Android fans!