Deal Or No Deal Pays Out Huge Online Pokies Jackpot 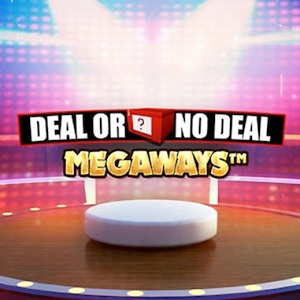 Yet another mega payout record has been broken! The Deal or No Deal™ Megaways™ online pokies game has recorded a massive €8.1 million jackpot payout. Celebrations are certainly in order as a result of this big win. A lucky PokerStars Casino player is the recipient of this life-changing sum of money.

This massive win was recorded on Friday, 30 April – marking an excellent start to the winner’s weekend, we’d say! The win was reached in the Wheel King segment of the round. An impressive total of €8,133,445.23 was added to the winner’s payline winnings. To date, this handsome payout on the Deal or No Deal™ Megaways™ marks the highest ever recorded payout for Blueprint Gaming’s progressive jackpot online pokies game.

Small Investment For A Big Win

With just €0.80, the lucky online pokies player’s life was transformed forever. That’s right – the player put down a small amount of just €0.80 and won a staggering €8.1 million jackpot. Talk about a good return on investment. The anonymous player scooped up this impressive pot, which formed a part of Blueprint Gaming’s Jackpot King.

The game features six reels and encompasses up to 117,649 different Ways to Win. It also boasts cascading symbols that can trigger one of three Deal or No Deal rounds. Each reel can reveal up to seven symbols in view. A win is generated by matching consecutive symbols, regardless of their height, starting from the reel on the far left.

Jo Purvis, the Director of Key Accounts and Marketing for the United Kingdom at Blueprint Gaming, said that the company wishes to convey its congratulations to the lucky online pokies winner. The statement noted that this is the biggest ever prize from Jackpot King and reiterated the fact that the progressive jackpot feature will continue to form an integral part of the company’s online casino offering. The Director also said that Blueprint Gaming is looking forward to announcing new winners in the future.

Over the course of the past few years, Jackpot King has managed to establish itself as a titan and an industry leader. This is all thanks to its massively popular progressive jackpots, which give players the opportunity to win large sums of money from singular spins in online pokies games. Player participation around the world has increased drastically thanks to these massive jackpots, which has resulted in operators engaging with more players across several markets.

Are YOU the next jackpot winner? Play online pokies and find out!