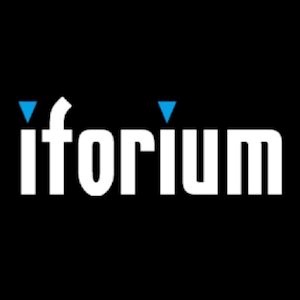 Casino software development company Iforium are thrilled to have been granted their ISO 27001 certification. This is the third instance in which certification has been granted to an online casino organisation so far in 2020, with Stakelogic and Play’n GO managing to pass their own audit earlier in the year.

In regards to Iforium, it was their globally renowned Gameflex platform that underwent the process. All internal operations of the platform were opened to auditors, and each system was put through strenuous testing over a nine month period. Ultimately, in order for the audit to be passed, 114 control criteria and 7 clauses had to be met. In this case the Gameflex platform was found to have met the high standards.

The conclusion found was that all control methods and senior staff members at Iforium were on par with criteria laid out by the International Organisation for Standardisation and the International Electrotechnical Commission. In other words; Iforium have sufficient casino data protection methods in place.

In a press release, an Iforium spokesman was quick to laud the impressive achievement. It was clarified that with ISO 27001 certification there could no longer be any question as to whether the company took its casino data protection seriously. This meant, by extension, that all tier one operating partners could rest assured that they were in demonstrably safe hands.

But the spokesman went on to stress that certification also meant that major online casino expansion options had now been opened. The Swiss Federal gaming board, for example, requires ISO 27001 certification in order to grant an operating license. So, by extension, Iforium is now free to pursue the highly lucrative market.

A Commitment To Security

Iforium COO Andrew Cairns took the opportunity to make a statement of his own. He declared that certification had been possible only due to the hard work and dedication of the company’s security teams. He then elaborated that, in his view, ISO 27001 was the best endorsement that could be asked for, ensuring casino customers and potential partners alike that the organisation put security as a highest priority.

Cairns concluded by suggesting that all online casino organisations should adhere to the rules laid out by the International Organisation for Standardisation and the International Electrotechnical Commission, which would undoubtedly result in a globally more secure industry.

What the company’s next move will be is not clear, but rapid expansion seems to be on the cards, now that certification has been conquered.