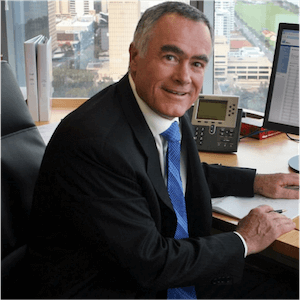 Just weeks ago, Crown Resorts Director James Packer announced his surprising decision to leave the massive Australian casino firm due to personal reasons. Now, the company has announced its appointment of John Poynton as Packer’s replacement, stating that Poynton will now fill the vacant board position left by the long-time head executive of the company.

James Packer resigned from his role on the Board of Directors at Crown earlier in March this year. The executive cited mental health issues as the primary reason for his departure. Packer managed Crown Resorts during a period of steep decline for the firm since returning to his role back in January last year.

Now, Crown resorts hopes that Poynton’s governance will be able to turn its poor recent fortune around. The company was forced to reduce the size of its workforce this year as its profit margins took a dive, and in January, it even sold the Las Vegas land on which Packer had planned the development of another major casino resort. The property was sold to Wynn Resorts for a consideration of $300 million.

John Poynton has brought with him many years of relevant experience, having formerly served as a Chairman of Jindalee Partners, SC8 Limited, and Strike Energy Limited. The executive is also a director at Burswood Limited (Crown Perth), meaning that he has essentially already worked for a division of Crown for some time now.

From here on out, Poynton will fill the role of non-Executive Director of Crown Resorts Limited’s Board. The company and its new employee are still waiting to be granted all necessary approvals from regulators, after which Poynton will officially be able to take up his new position at the group.

John Alexander, the Executive Chairman of Crown Resorts, has commented on Poynton’s appointment, noting that the company is delighted that he has agreed to join its Board and fill the vacancy left by James Packer. Alexander added that Poynton is an experienced director with experience as a Chairman, Deputy Chairman and non-Executive Director at many ASX-listed firms, educational organisations, and Australian Federal Government boards.

Bearing all of this in mind, Alexander and the rest of Crown Resorts’ board members feel that Poynton will make a great addition to the company as it looks to begin recovering from its unfortunate recent setbacks.