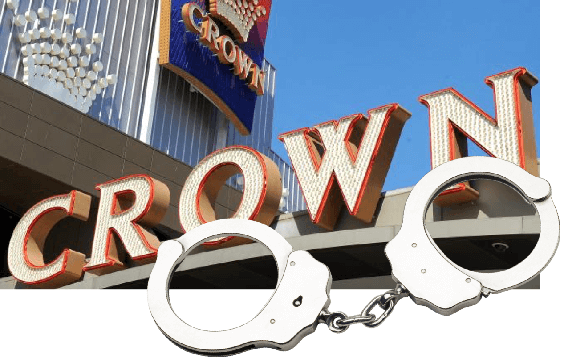 In recent gambling news, the last members of a group of 16 Crown Resorts employees have been released from a Chinese detention centres on Saturday, 12 August, according to media sources. Jason O’Connor, the Head of International High Roller Operations at the Australian casino, is among the members of staff who will be released over the weekend.

Soon, the company will be able to draw a challenging chapter in its history to a close. The scandal has seen Crown’s shares drop considerably, its international business ventures being halted, and its high roller gambling business take a significant blow as well.

In October last year, it was reported that 19 Crown Resorts staff members had been detained during police raids across China. The employees were arrested for allegedly encouraging and promoting casino gambling, which is outlawed in the Asian territory – as is the provision of any casino services.

Shortly after the arrests, three of the employees were released on bail. The other 16 remained in detention while awaiting sentences, standing trial in June this year and receiving 10 months in jail, not including the one month that they had already spent in detention. The first group of arrestees was released in mid July, while O’Connor and five other members were forced to wait until mid August to complete their sentences.

The arrests spurred numerous important changes for Crown Resorts, James Packer, the Aussie businessman who left his seat as the company’s chairman in 2015, returned as one of its directors to create a swift strategy for the casino operator’s recovery.

Late last year, the firm announced that it planned to demerge its international assets from the properties it owned on home soil. Following the arrests in China, the company abandoned this plan and instead opted for one that would focus the bulk of its attention on its domestic operations and business pursuits.

Crown eventually sold its share of a joint venture with Melco International Development – Melco Crown Entertainment. The two firms operated casino ventures in Macau and the Phillipines, and once Melco purchased its former partners shares in the business, the conglomerate was rebranded as Melco Resorts and Entertainment to distance itself from its former partner and enter a new era for Melco.

The firm will need to employ a successful strategy to improve its profitability after it was revealed that its VIP program-play revenues dropped by almost 50% in the financial year ended June 30, 2017, affecting the turnover of both its Perth and Melbourne establishments.