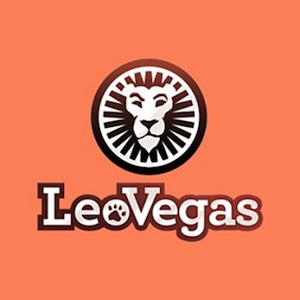 LeoVegas, the Stockholm-listed gaming operator and one of the best online casino NZ has to offer, has announced a new addition to its portfolio. The company has recently established a brand new in-house development studio. This studio will focus on creating exclusive games for the LeoVegas brands, as well as a few other online casino operators. Named Blue Guru Games, the studio is 85% owned by LeoVegas. It will use the company’s wealth of experience to its advantage when developing and supplying games.

The new studio is planning on launching at least 20 games within the next two years. The first of these games is set to be released in the later months of 2021.

Making Game Development Its Own

In a statement on the matter, LeoVegas Chief Executive Officer Gustaf Hagman said that for a long time, the company has created exclusive games with the help of external providers. However, now is the time for LeoVegas to take the necessary steps to start developing games entirely on its own. By drawing from the company’s existing data and casino knowledge, Blue Guru Games will be able to drive innovation and create the best online casino NZ games that customers can truly enjoy.

Hagman added to his statement by saying that the games that Blue Guru studio will focus on will be of a wide range. This range is set to include everything from niche, local games for individual markets to much broader, more international games. In addition to these, the studio also aims to create games and unique characters that can be used in their marketing.

By doing so, LeoVegas hopes to build a stronger sense of loyalty to its brands. The ability to be flexible in producing games will afford the gaming operator a competitive advantage. Hagman concluded by saying that this new addition will also provide LeoVegas with a new revenue stream that will be fruitful over time.

Blue Guru Games studio forms a part of LeoVegas’ new strategy to cost effectively control a larger share of the industry’s value chain. The studio will sit under the LeoVentures subsidiary. Blue Guru Games studio is not the only affiliate of LeoVentures. The company has also invested in CasinoGrounds as a marketing arm, as well as Pixel.bet, the esports betting operator, and SharedPlay, the multiplayer online casino game platform.