Why Live Casino Game Show Games Are A Hit 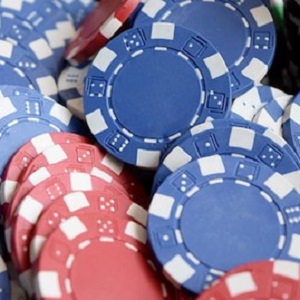 There aren’t many things quite as exciting as that of participating as a contestant in a live game show. Television’s golden game-show era attests to this fact – as does the ongoing popularity of game shows like Deal or No Deal, Pointless, and The Chase. This popularity has now carried over into the world of live casino games such as those developed and supplied by live gaming specialist Evolution.

Casino games are no longer just casino games, and this is largely owing to the amazing advances in technology that has allowed live casino providers to put together the incredible entertainment value that they have.

Today, playing a live casino game show is every bit as thrilling as playing along for massive prizes on live television. The live dealer iGaming game show experience comes complete with live dealers, the excitement of a participating audience, and even an interactive chat function that allows players to communicate not only directly with the game show host (dealer) but also with their fellow contestants (players).

It’s no surprise then that the live casino game show industry has taken off in the way that it has – and it continues to grow ever more popular as new titles are released.

About More Than Money

Evolution is a leader in the live casino game show industry. Over the years, they’ve treated players to a superb variety of premium titles. And there’s something for everyone – from Wheel of Fortune-style games to titles like Live Monopoly and Deal or No Deal for live game show casinos.

These games are about so much more than winning money – and this is a huge part of the driving force behind their popularity among gaming enthusiasts. Instead, they’re all about the live game show experience broadcast right to where the player is – very much like hosting a game show and live dealer, complete with fellow-contestants – in one’s own home.

How It All Started

Definitely contributing to the popularity of live casino game show titles also are the actual board games that first inspired the live television game show movement.

Most people are familiar with games like Monopoly, Clue, and Snakes and Ladders. These games have been loved and played by families and friends around the dining room table for many years. And now that they’ve evolved into televised game shows, and then live casino game shows, it’s easy to see why the experience of participating in a live casino game show is so very appealing to so many people.