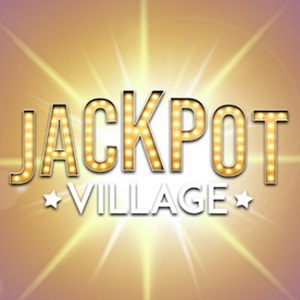 As technology marches on and the world adopts faster internet speeds, Live dealer games have become the accepted norm for many New Zealand gambling enthusiasts. Offering the convenience of online gambling but a truly authentic land-based gaming experience, it doesn’t get much more cutting edge than this.

As many locals already know, Jackpot Village Casino now has a dedicated Live dealer selection, offering some of the finest creations in the genre. You can find out more in Jackpot Village reviews and we’ve also covered the site’s offerings here.

How Do They Work?

In Jackpot Village reviews you’ll get a closer look at the Live dealer games, and we’ve also got some first-hand experience with the cutting-edge genre. First and foremost, the concept isn’t as complicated as it might seem on the surface. Simply speaking, Live casinos are a video stream of a real croupier. The action happens in real time, and the player can put down bets via a convenient digital interface.

It all works as would be expected, and it won’t take long for even beginner New Zealanders to jump in and start participating. As would also be expected, the games all work by their established and official rules. Be it Poker, Blackjack, or Baccarat, everything functions by anticipated mechanics. Of course, more exotic titles like Dreamcatcher, Monopoly, and Deal Or No Deal are a different story.

As you’ll see in all Jackpot Village reviews, the selection of Live dealer games featured includes Casino Hold’em, Baccarat, 3 Card Poker, Super Sic Bo, Monopoly, Deal Or No Deal, Dragon Tiger, and more. Award winning studios such as Evolution and NetEnt are behind these titles, confirming that they are all of highest quality.

In regard to Monopoly and Deal Or No Deal, crowning achievements of Evolution, the gameplay isn’t as complicated as it might first seem. Monopoly is based around a spinning wheel, with players simply predicting where the ball will land. However, if landing on the 2 ROLLS or 4 ROLLS options, a bonus mini-game is triggered, depicting the popular Monopoly Man traveling around a 3D board. Those who bet on the winning ROLLS options will be along for the ride.

Lastly, we also took a look at Deal Or No Deal. This is amongst the more complicated of all Live dealer offerings, based around players guessing if a hidden number will be higher or lower than those already revealed.